Joining in with the HappyDays Linky, inspiring people to make the most of every day.

Last weekend we took a trip to Alice Holt Forest and had lots of fun finding the Gruffalo! 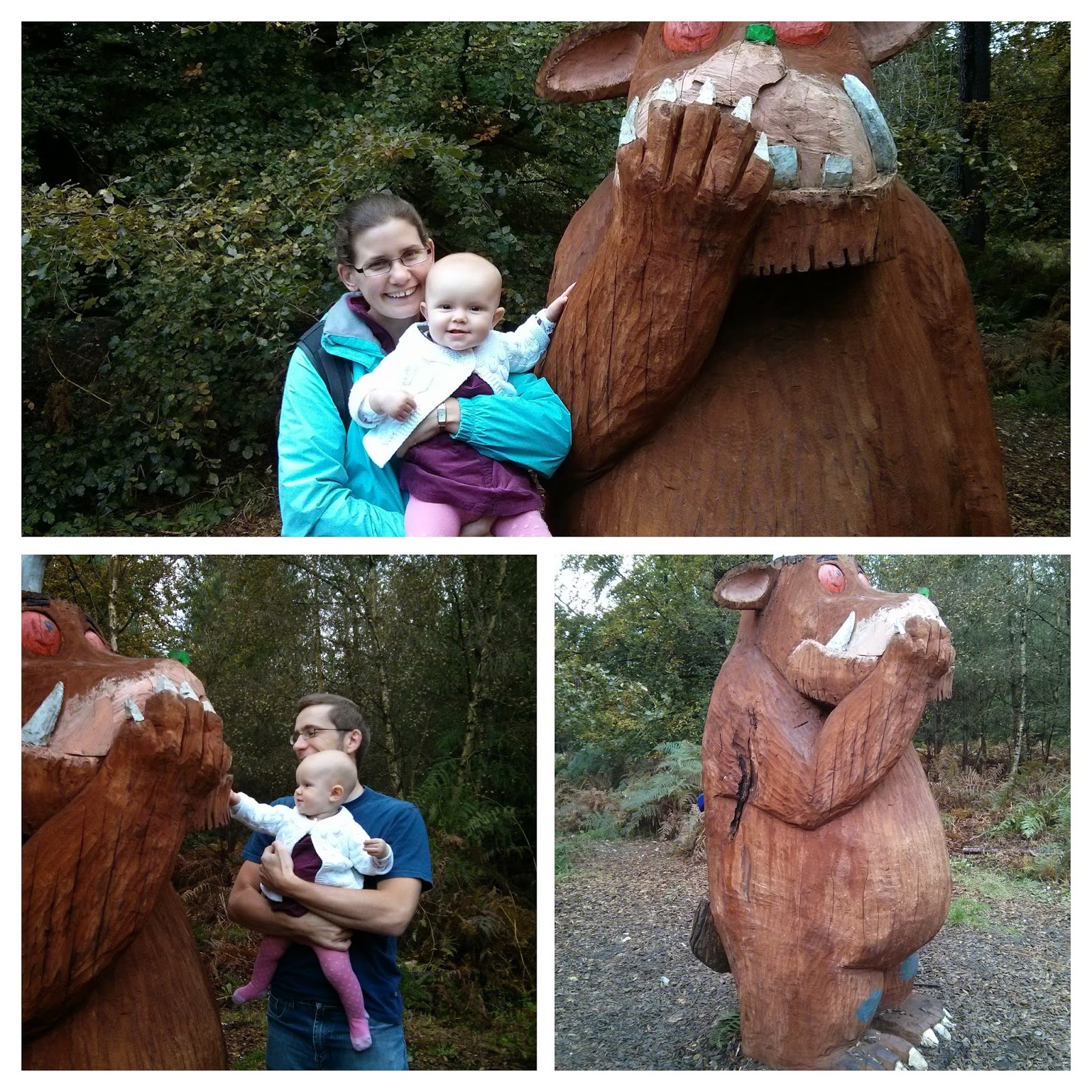 We ventured out with the raincover on to walk to Jolly Babies on Tuesday – it was a great session as Rosalie has just started properly waving, so she was really joining in with the ‘Hello’ and ‘Goodbye’ songs.

Feeling a little housebound, on Thursday we took a trip to the park. It’s funny thinking back to the first time we put Rosalie in a swing – she didn’t really hold on and found it all a bit bewildering, but now she grabs hold of the bar, kicks her legs and squeals. We can really go for it when we push her too, I’m sure if she could talk she would be saying “higher mummy, higher!”.

On Friday we took an early morning stroll along the canal, which we are very lucky to have right on our doorstep. Here’s a montage of our nature walk where Rosalie encountered dogs, ducks, swans, cows, lots of autumn leaves and a train. 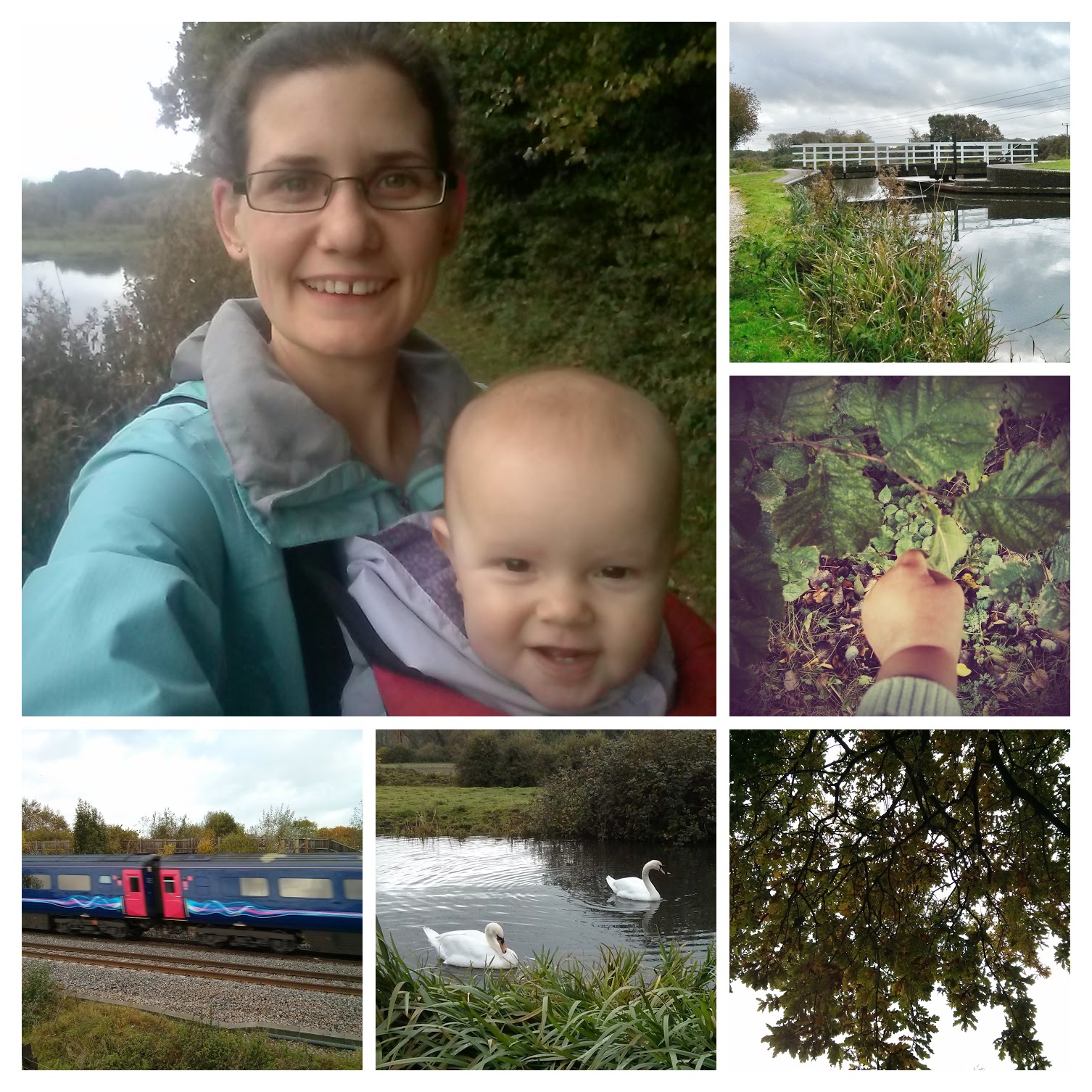 On Monday we did some hand prints and some finger painting. I actually bought the inkpad many months ago with the intention of doing Rosalie’s hand prints when she was small, but I found it too tricky because her little fist was always so tightly clenched! But now she is bigger I thought it would be fun to give it a go! Fun it was! I taped the paper to her highchair tray and helped her press her hand into the ink then onto the paper. After I’d done a few ‘good’ hand prints, I just let her play – poking her fingers in the ink and stabbing the paper. She seemed to enjoy herself and we made a lovely memento for her scrap book. 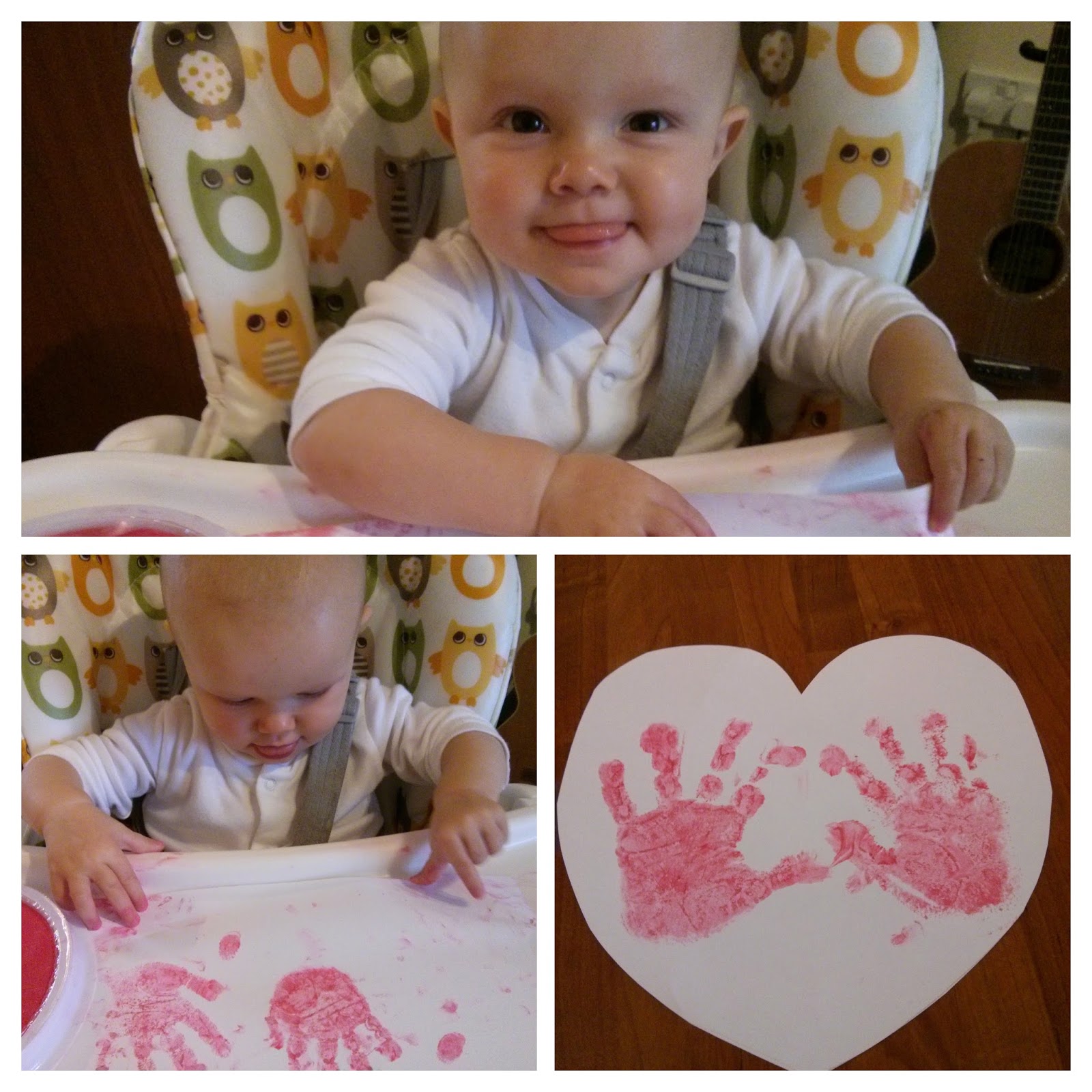 Daddy has taken Rosalie to the park a couple of times this week, giving me an opportunity to work uninterrupted on my proofreading course, as well as this blog. Also my challenge to cook all 219 recipes in Mary Berry’s Baking Bible is going well, I have now cooked 4 recipes, this week I made Lavender Biscuits and Crunchy Top Lemon Cake.

I was so proud when Rosalie started waving during the ‘Hello’ song at Jolly Babies. Often when Rosalie learns a new skill at home it is a while before she ‘performs’ it in public, so I wasn’t sure if she would do her proper two-handed wave at Jolly Babies, but she must feel very comfortable around Jolly Babies Lady as she busted out her best moves! One happy mummy.

The same as last week…To meet with a few mummy friends, as I haven’t done that in a while, for one reason or another… let’s hope the sickness is passed now.

Check out my other Happy Days posts so far.