Since receiving Elmer’s Friends in her Bookstart pack, Rosalie has formed a fond attachment to the little patchwork elephant. I suspect it is the bright colours that she likes, but anyway, when we found a different Elmer book in the library last week we just had to take it out! So this week we have been reading Elmer’s New Friend by David McKee. 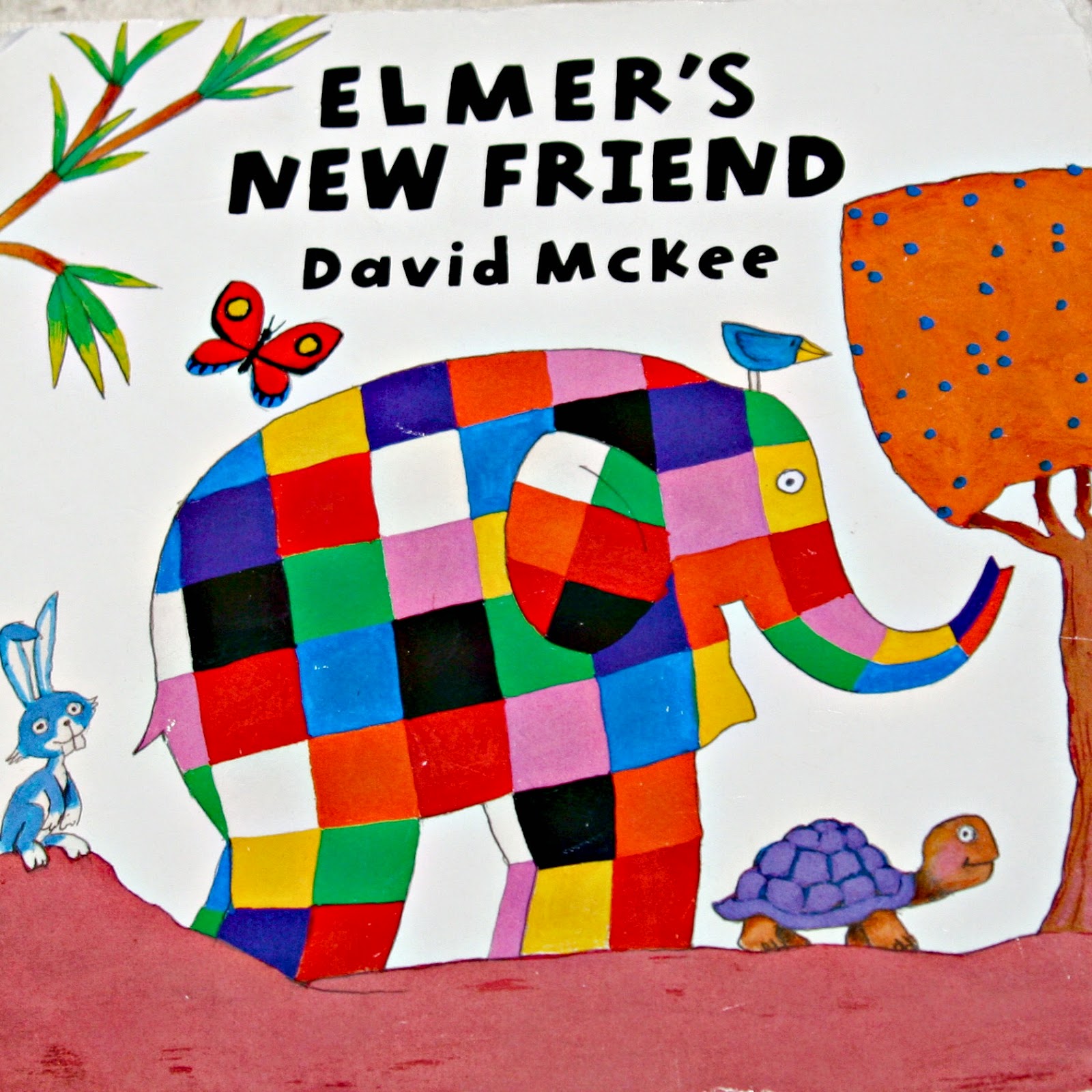 It follows a similar format to several other books we have read, with a little surprise at the end that will delight its readers – well it certainly puts a cheeky grin on Rosalie’s face anyway!

The news that Elmer has a new friend is spreading fast across the jungle, and the story follows Elmer as she encounters each of her animal friends trying to guess who her new friend could possibly be. 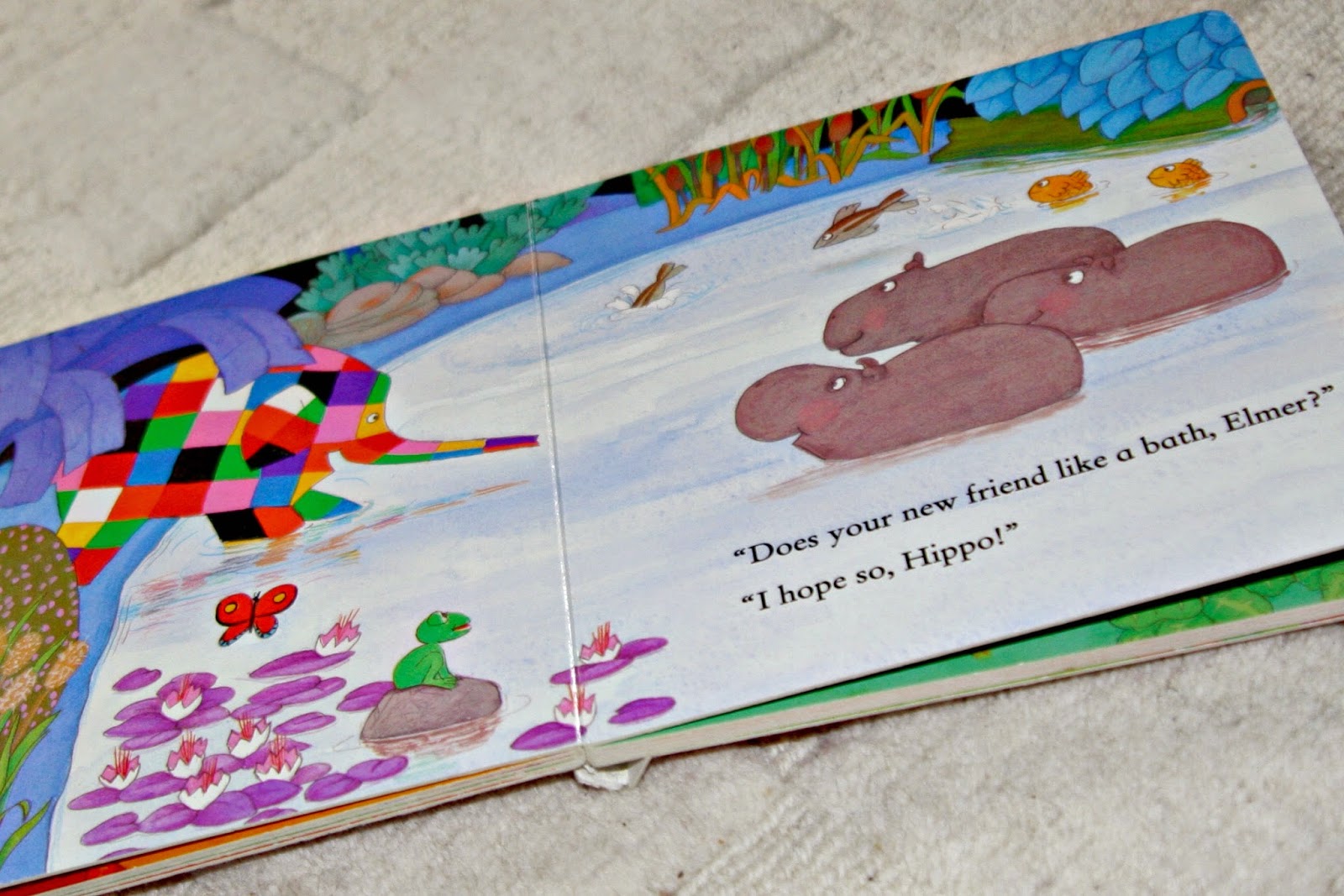 Elmer gives hints as to who this new friend might be. 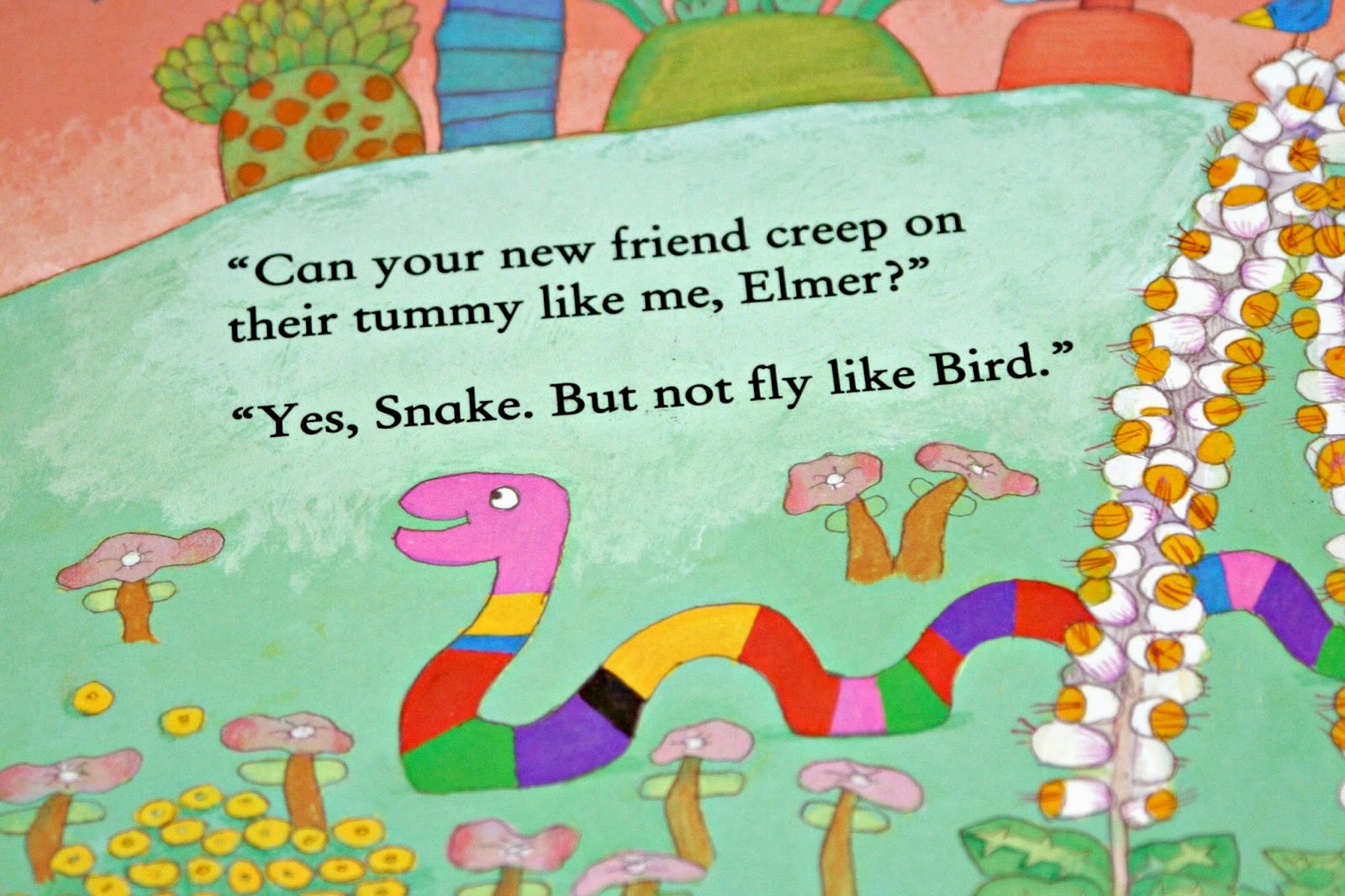 Although the story doesn’t have any rhyming, which I think is a shame, I do like that there are so many things to talk about on each page – the colours, the animals, the sounds – as well as the actions each animal mentions.

And then the big reveal… You are Elmer’s new friend! 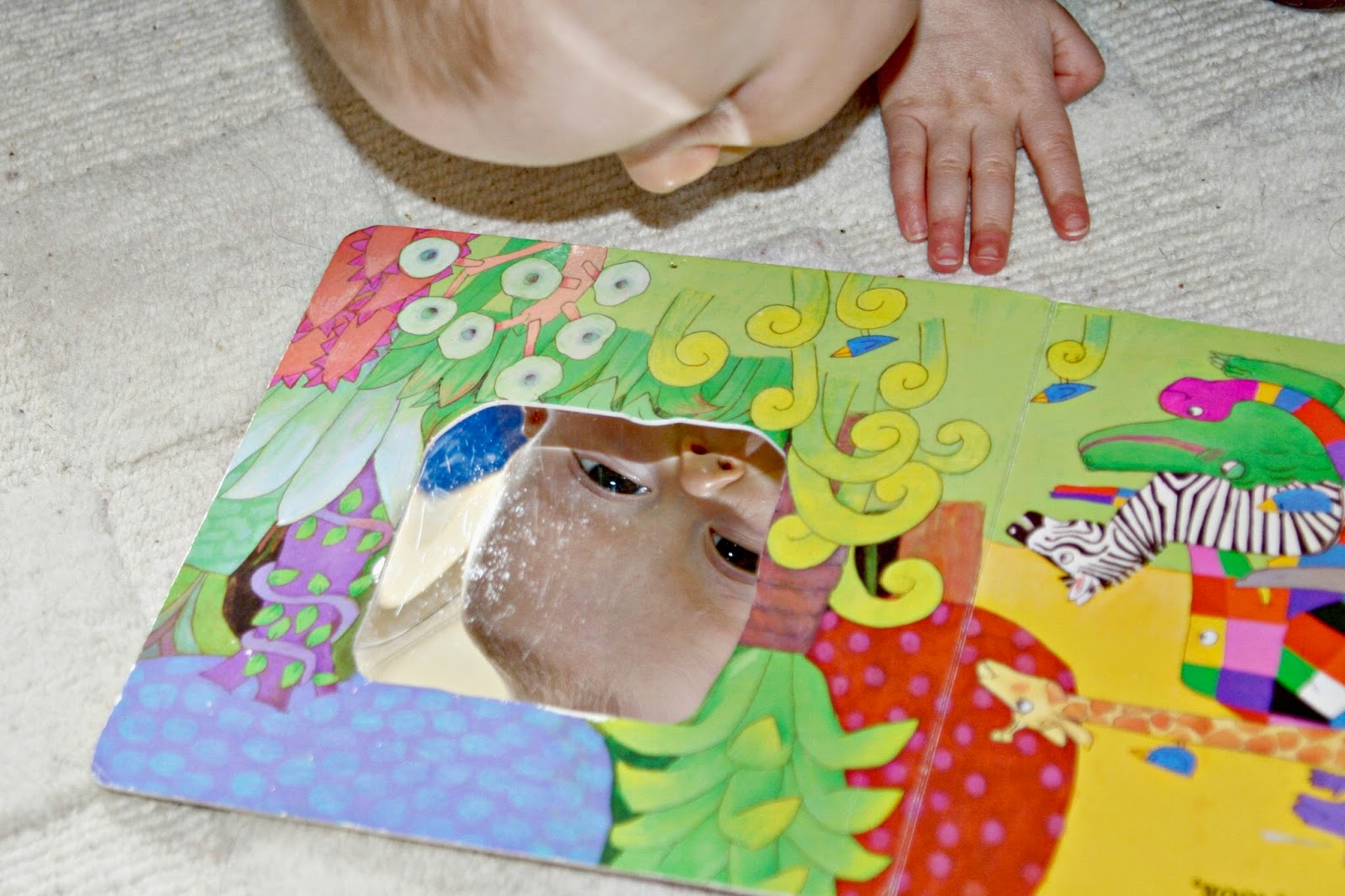 The mirror at the end is such fun for babies – Rosalie thinks it’s brilliant that her face appears in the book, she gets so close as if she can’t quite believe it!

I think the Elmer books are going to become firm favourites, and we might have to start buying a few, because let’s face it, who can resist the adorable patchwork elephant and her jolly friends?

This is the bear {What We’re Reading}

On the bookshelf in January