We’ve had a pretty good week this week, we’ve not done anything too extreme, but we’ve had lots of fun doing ordinary things, and that’s what counts!

Last weekend we had a little family shopping trip to get Rosalie some next size clothes and to look at car seats. We had a cheap and cheerful lunch in the Sainsbury’s cafe where Rosalie entertained the old people with her cheeky smiles. We don’t eat out very often but I am always so proud of her when we do as she is good as gold. We may have also bought Rosalie a few toys whilst we were out…see ‘fun at home’

We’ve had a few trips to the park and a carrier walk during the week, as well as our usual outings to Jolly Babies (preceded by tea and cake) and playgroup.

Fun at home has mostly consisted of playing with Rosalie’s new toys. We got her a rocking animal and she just loves it! She tried one at soft play last year and got the hang of it instantly, and there are several at playgroup; because she loves rocking so much, we decided to indulge her.

We also bought her a little tea set because she has started trying to give her toys drinks from her stacking cups. It is really cute now seeing her pour from the tea pot and give cups to her toys and teddy bears. 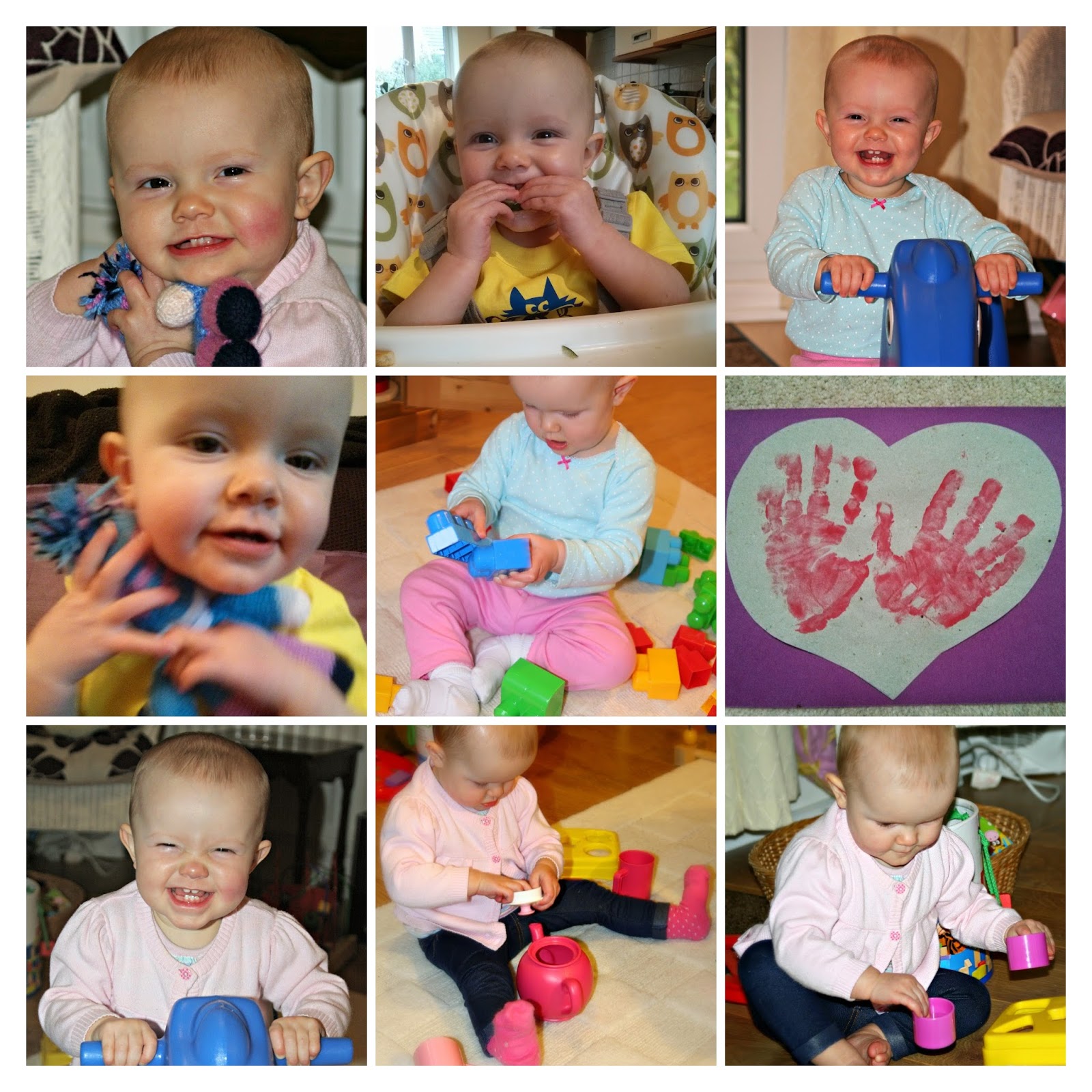 On Friday we did a little bit of painting to make Daddy a Valentine’s card. The craft I had planned did not go so well, so we ended up doing handprints. It doesn’t matter though, Rosalie enjoyed all the mess, even if the end result wasn’t amazing! Unfortunately, because I was also covered in paint I was unable to take any photos of the painting in progress.

Eating cake counts for this I think!

Rosalie has never really been a cuddly baby but over the past few weeks she has started to give her dolls and teddies proper cuddles, and this week she has progressed to giving me cuddles! I just love it when she clings onto me and when she puts her arms up. It’s been a long time coming so now I’m really making the most of these moments.

Check out my other Happy Days posts so far and join in too.