Rosalie’s update: The one with the rowing & the rocking (month 14)

It only seems five minutes ago that I was writing Rosalie’s 13 month update, I just can’t believe how fast the time is going. It’s bittersweet, because every day now she delights and surprises us with new things she has learnt, and her developing personality, but it is a little sad to see the baby-ness fading away.

She picks things up so quickly now – we only have to show her something a couple of times and she copies us! Dangerous territory! She blows a brilliant raspberry in response to ‘are you blowing off?’ and does her best to repeat words for which she has her own version:

One of Rosalie’s most favourite songs is Row, Row, Row Your Boat, and she loves the action of rowing back and forth, and even tries to say the words. She’s better than me at recognising when the song is coming on from the intro music! She also has a little toy guitar which plays the same tune, and she’s worked out exactly which buttons to press to make it play and play again instead of going on to the next song!

She also loves her rocking horse and will happily rock away for several minutes at a time, and as she is able to climb on and off herself it keeps her amused and out of mischief!

This month has been the first time Rosalie has stood up on her own without holding on to anything. At first she would do it without realising; she would take her beaker off the coffee table and be drinking it stood up using both hands, but now she does it to reach things, and in the middle of the room if you encourage her. She’s quite confident now, and will clap and dance, but only takes the most teeny, tiny of steps if she isn’t quite close enough to where she wants to be. I don’t think walking will be too far off.

It’s been a wonderful month in terms of development; so in summary Rosalie now: 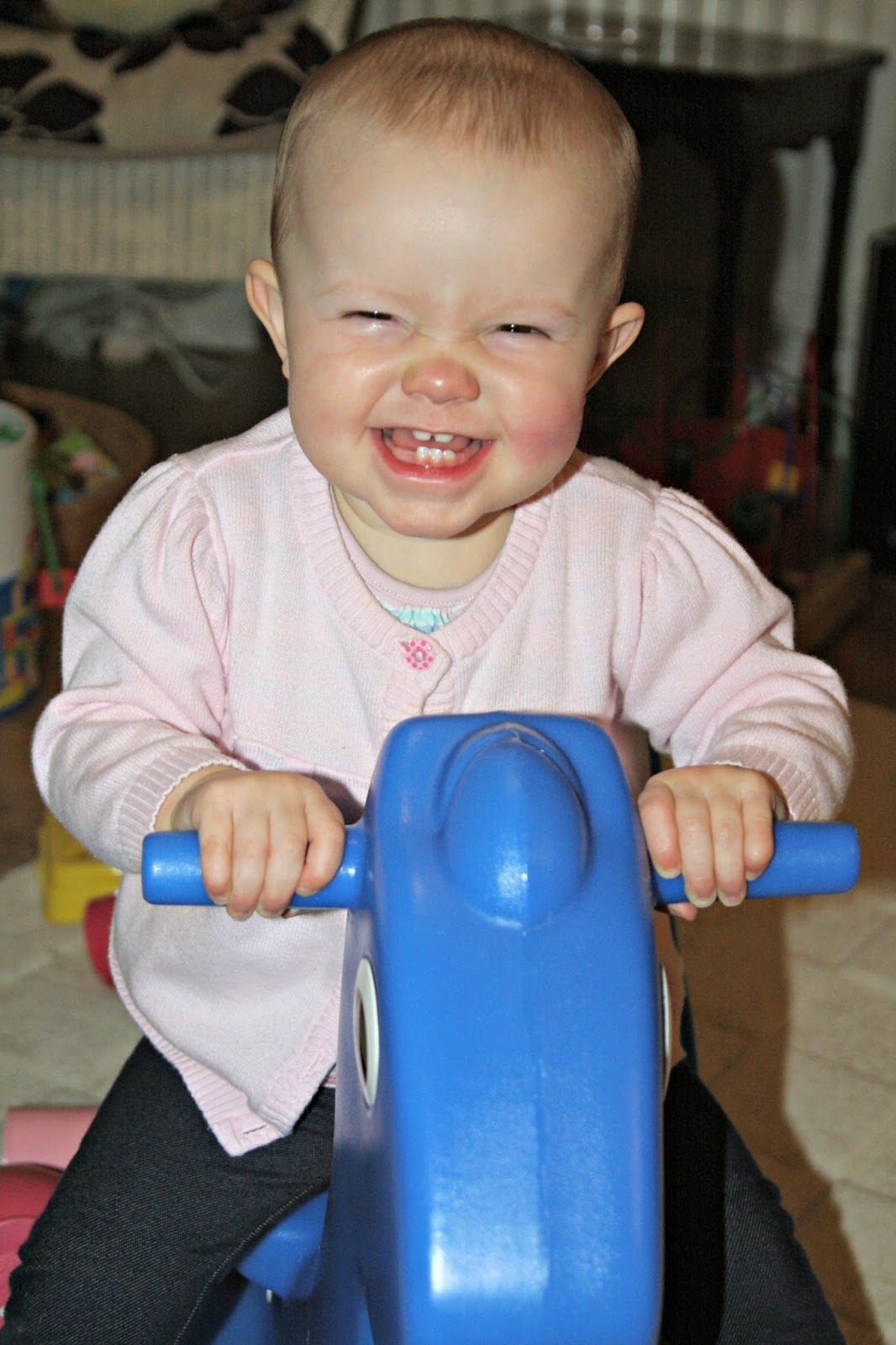 Rosalie at 14 months rocking out on her rocking horse and giving me the most cheeky of grins.

My baby girl is 30 months old