Over the last couple of weeks Rosalie’s interest in books seems to have taken a bit of a leap. She has started to enjoy longer stories, and will actually sit still on my lap for the majority of the book, and isn’t so eager to rush the turning of the pages.

Rosalie received Batmouse for Christmas from Aunty E and although we have read it to her before, now she is more appreciative of the words, as well as being a little less rough with the pages! 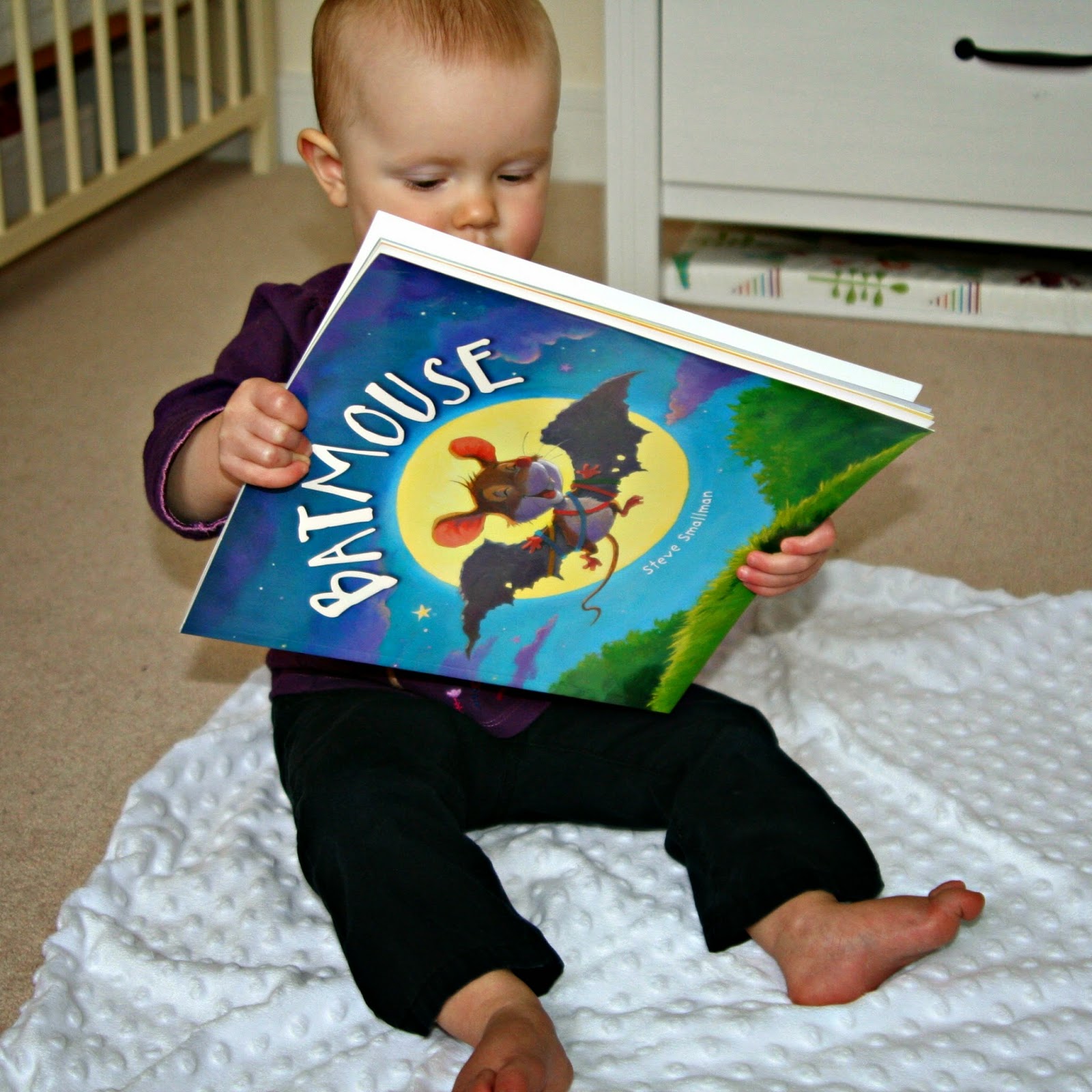 Batmouse is perhaps surprisingly not about a superhero mouse; it is in fact a wonderful story about a little mouse with a big imagination and heaps of ambition. 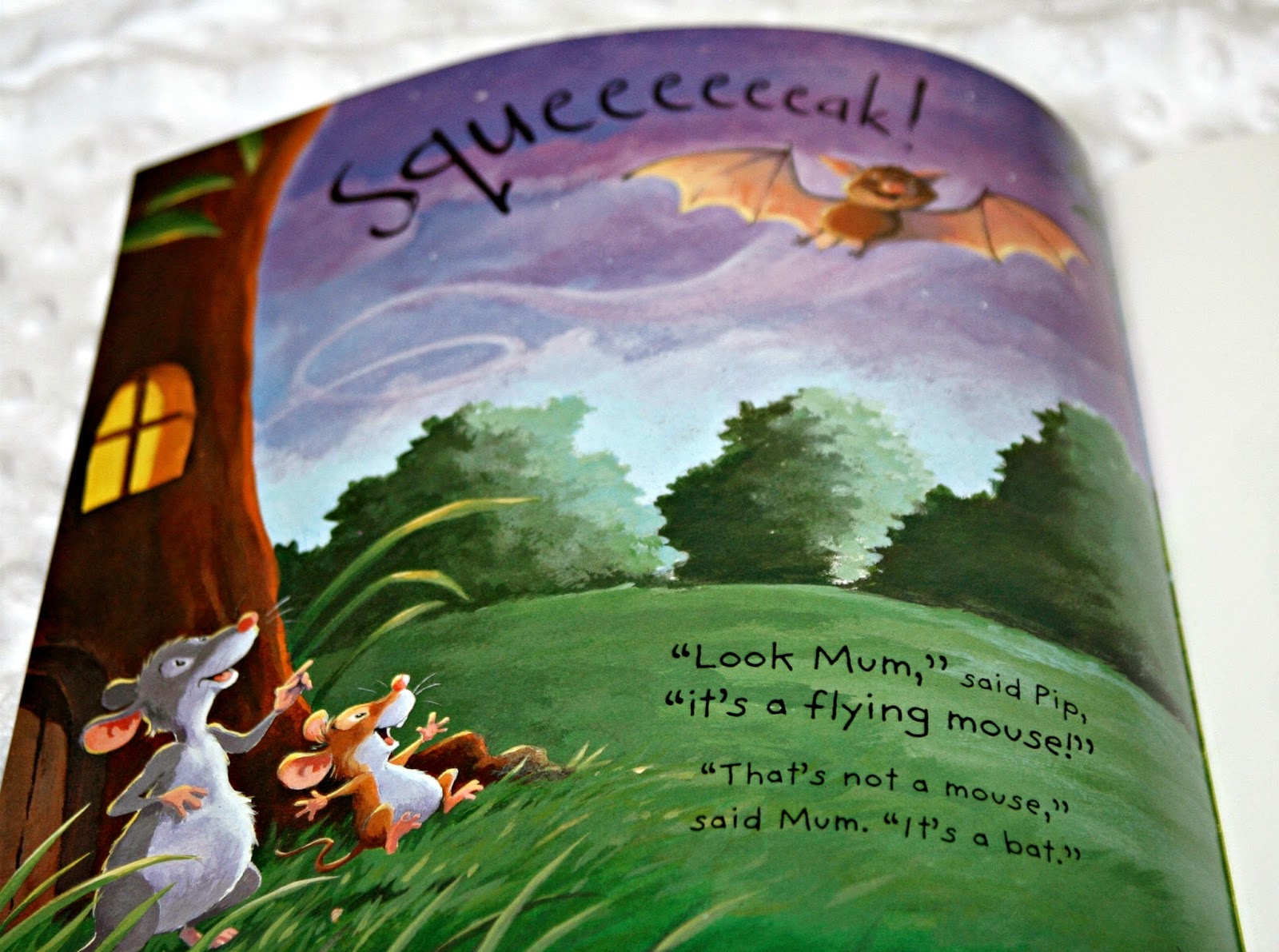 Little Pip, after seeing a ‘flying mouse’ decides that he wants to be like a bat, and, despite mum’s nay-saying attitude, he creatively sets about making himself a pair of cardboard wings… 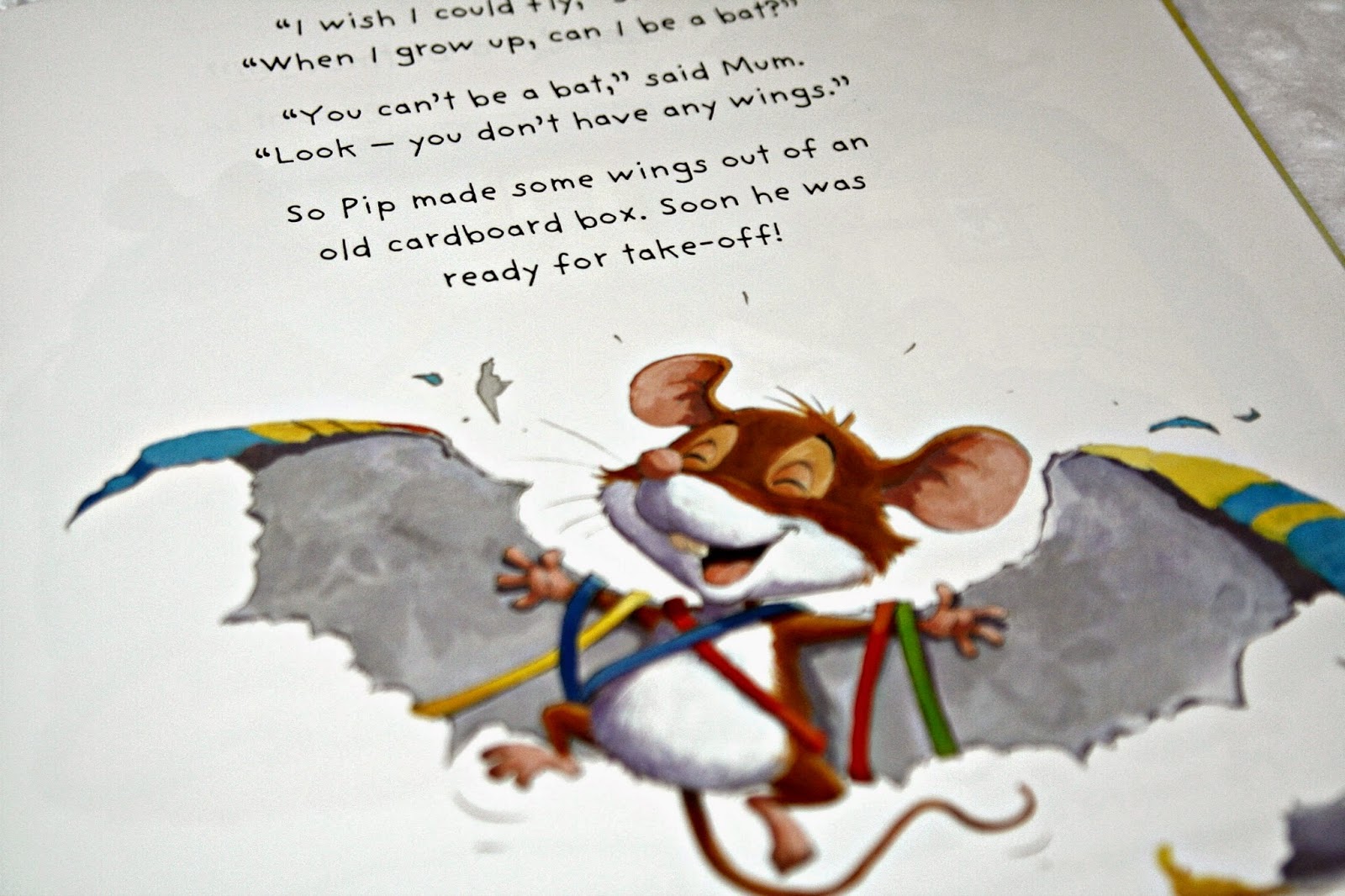 Pip doesn’t give up when his cardboard wings don’t work, he keeps trying until he is tired and dizzy. With dogged determination he keeps his wings on all day and at bed time he even tries to sleep upside down. 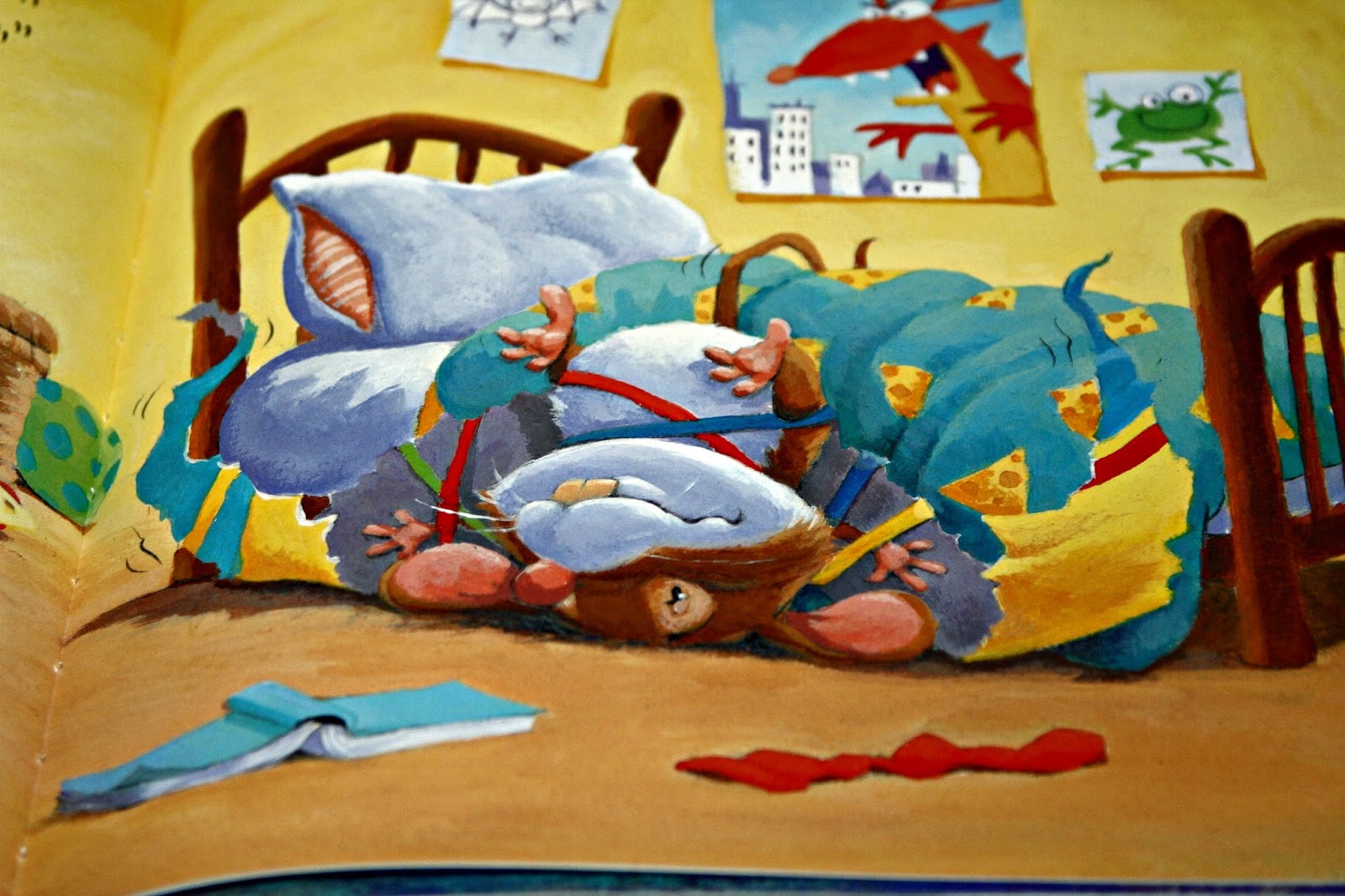 With fresh determination, the next morning Pip takes himself to the top of Windy Hill, but his cardboard wings again fail him and he ends up tumbling into a cave and stumbling upon Albert, the bat we met at the very beginning of the book who inspired Pip to want to fly in the first place.

Pip introduces himself to Albert as a batmouse. Albert isn’t convinced, but what I love about this book is little Pip’s determination to be a batmouse. Until Albert offers him a nice juicy moth! 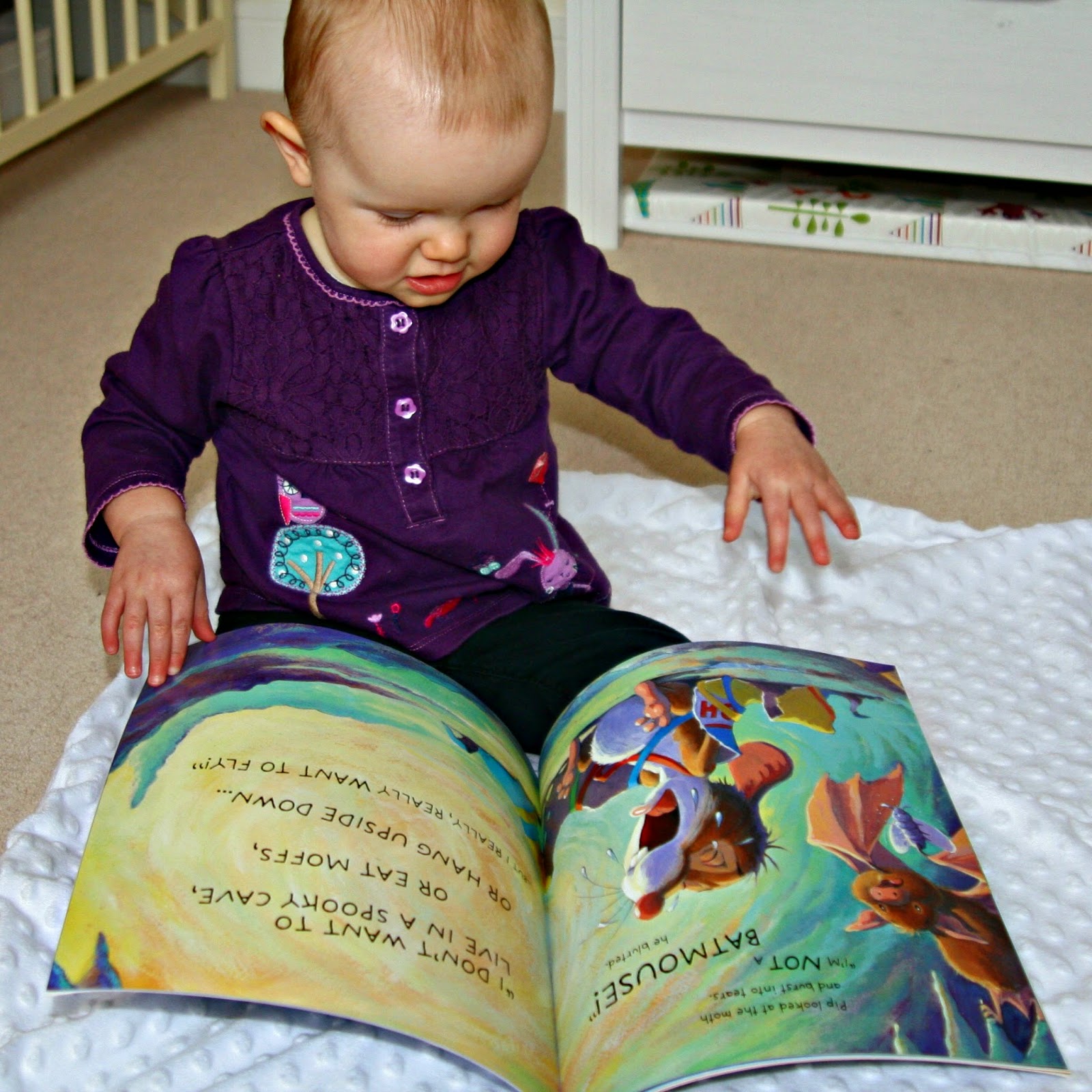 All Pip really wants is to be able to fly, and as is only the way in story books or our imaginations, Albert the friendly bat soars, holding Pip by his cardboard wing harness, across the fields to return Pip to his mum. 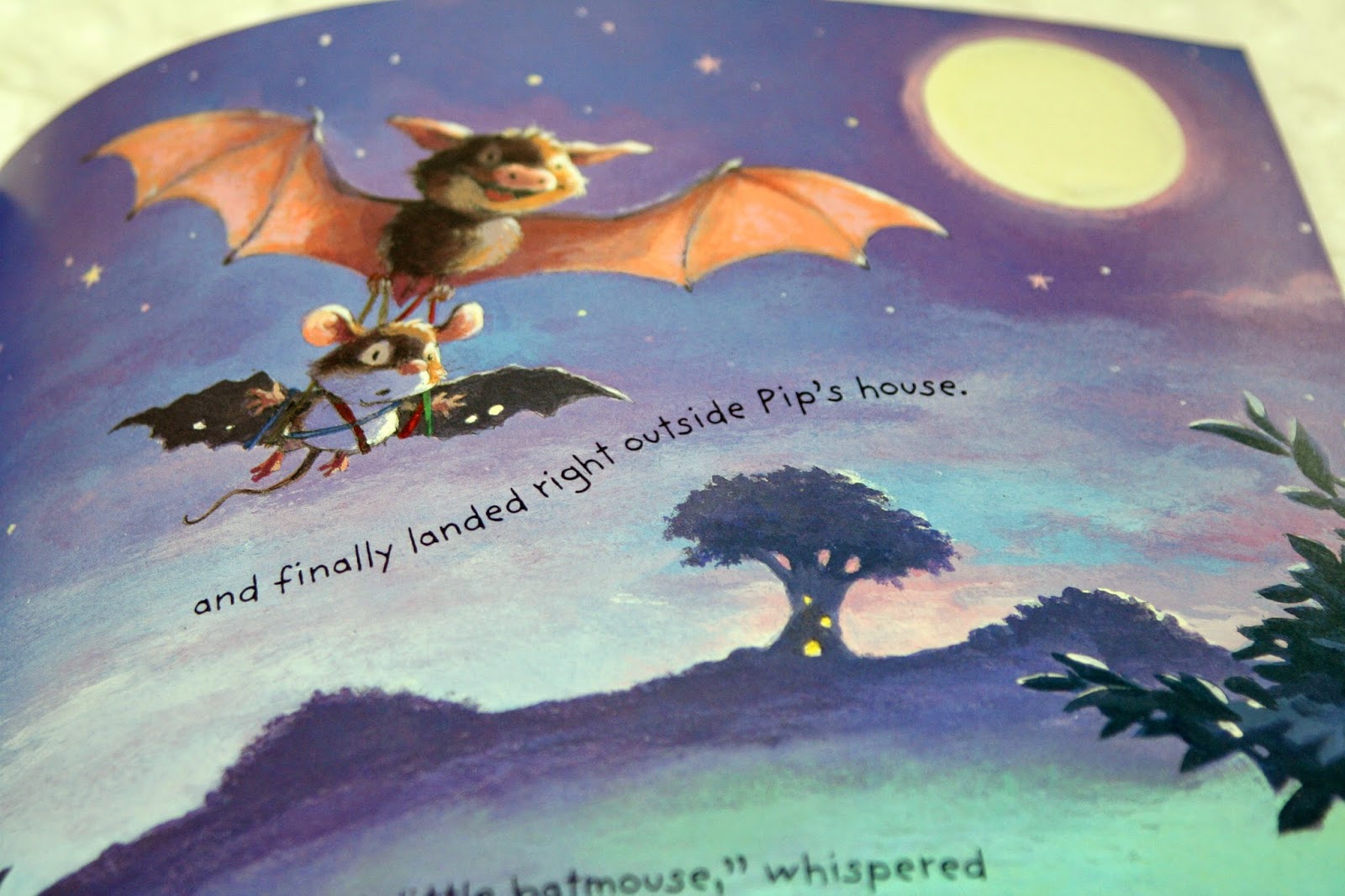 We love that despite being a batmouse not quite working out as he’d hoped, Pip is not discouraged from dreaming big, he just changes his ambition… 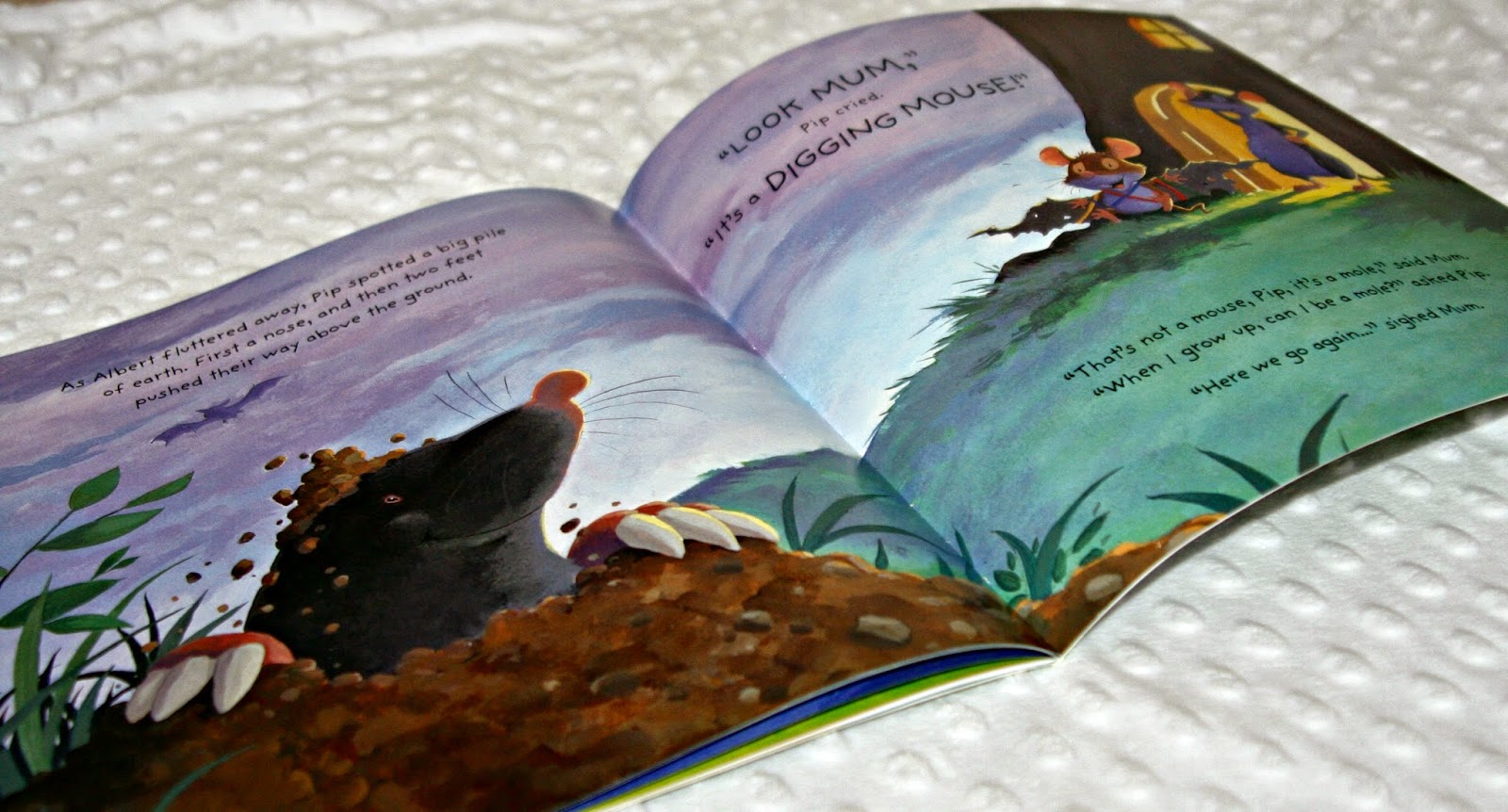 Batmouse is full of wonderful illustrations and bucketfuls of imagination. I realise that the deeper meaning of this book will be completely lost on my 15 month old, but she appreciates the pictures, and she now knows what a mouse, a bat and a mole look like, and that they are different from one another.

Why not share what you’ve been reading and join in with What We’re Reading hosted by the lovely Carie from Space for the Butterflies – she always has some fantastic book picks herself too!

The Foot Book {What We’re Reading}

Listening to stories and literacy learning with eBookadabra