Last weekend and the beginning of this week was overshadowed by snot, teething and terrible nappy rash, but Rosalie’s spirits have picked up as the week’s gone on and she’s pretty much back to her usual cheery self now, and with an extra three teeth to boot!

Several months ago Granny and Grandad brought up a little trike for Rosalie that they had been given by some friends of theirs; this weekend we thought Rosalie needed cheering up so we let her try it out in the garden. She seemed to like being sat on it even though her feet don’t reach the pedals, and she had a go at steering but mostly she loved it when daddy pushed her really fast! 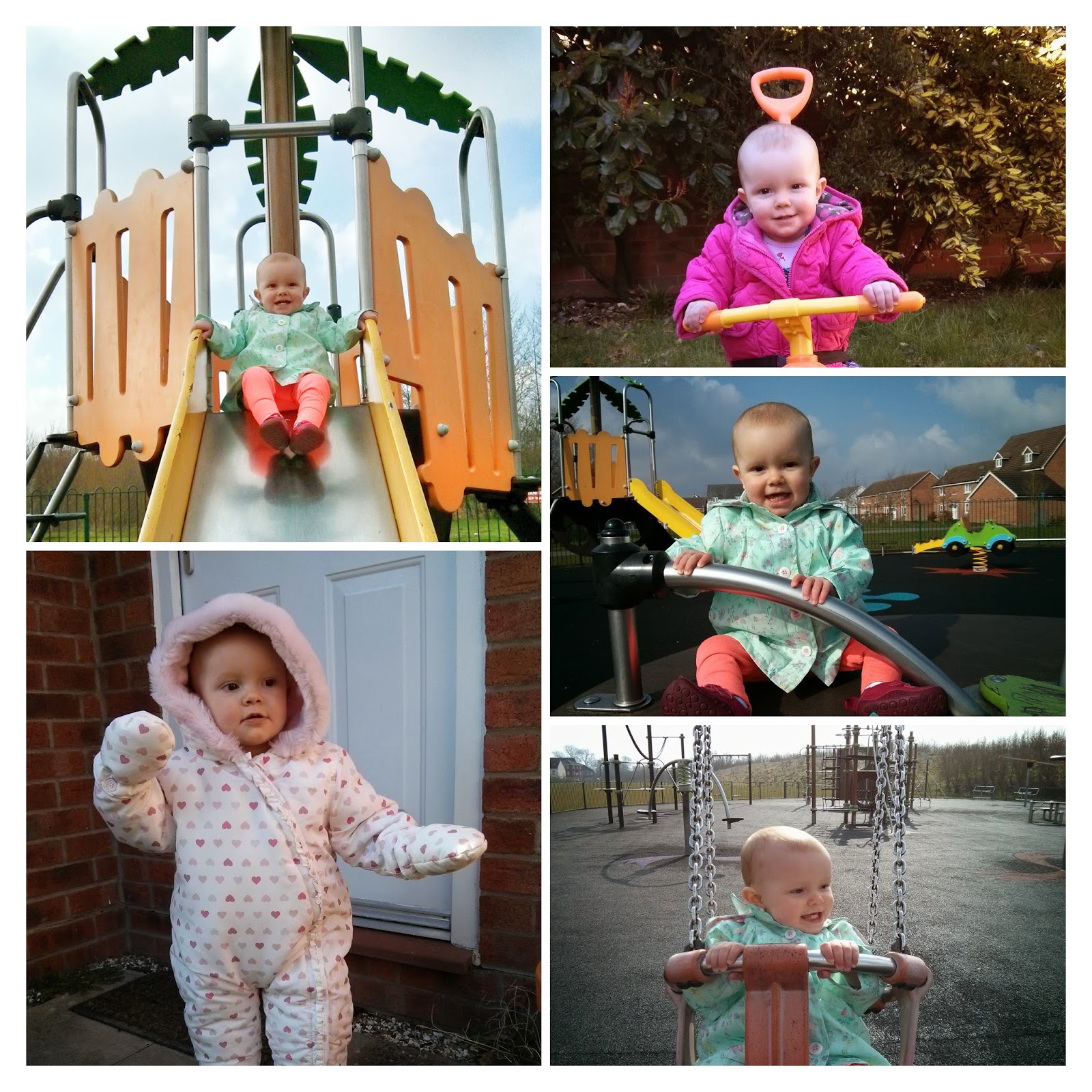 As usual we’ve had several park trips this week and it was fun to walk with Rosalie between the swing, slide and roundabout, rather than have to carry her – she’s getting so grown up! She even tried to climb up to the slide, following a slightly older little boy. She’s very strong willed at times!

Some of our plans fell through this week due to sickness, but we made it to Jolly Babies and Rosalie was on top form. We do several songs that involve dancing a teddy bear and usually the mummies pick the teddies and do the actions whilst the babies look on in awe, but Rosalie has started choosing her own teddy (or two…or three…) and this week she did all the actions too! I was so proud of her. We’ve been going to Jolly Babies since she was about 4 months old and I think that’s why she loves music and dancing so much.

We’ve been trying to get lots of chores done this week, so Rosalie has been ‘helping’ me. We spent some time sorting through her clothes – it’s amazing how suddenly something can seem to go from fitting to being too short.

Walking practice has played a big part in our time at home – both in the house and in the garden. She loves to walk holding our hands and likes to run if she’s holding both hands, but for the first time she’s taken about 8 steps together independently! So exciting!

Not classic ‘me time’, but last weekend Jim and I spent a lot of time moving some chippings from the front garden to the back to create some lovely paths around our raised vegetable beds. And this week I have spent a few evenings planning our new ‘cottage’ front garden.

Without a doubt seeing Rosalie take her first wobbly independent steps was my happiest moment of the week. And daddy was around to see too!