After last month I was going to be really prepared and take this month’s me and mine photos well in advance. But that didn’t quite happen, so we ended up taking these on Sunday. With the rain hammering on the windows and no chance of a break in the clouds for outdoor shots, we headed to the brightest room in the house – our bedroom – to take them. 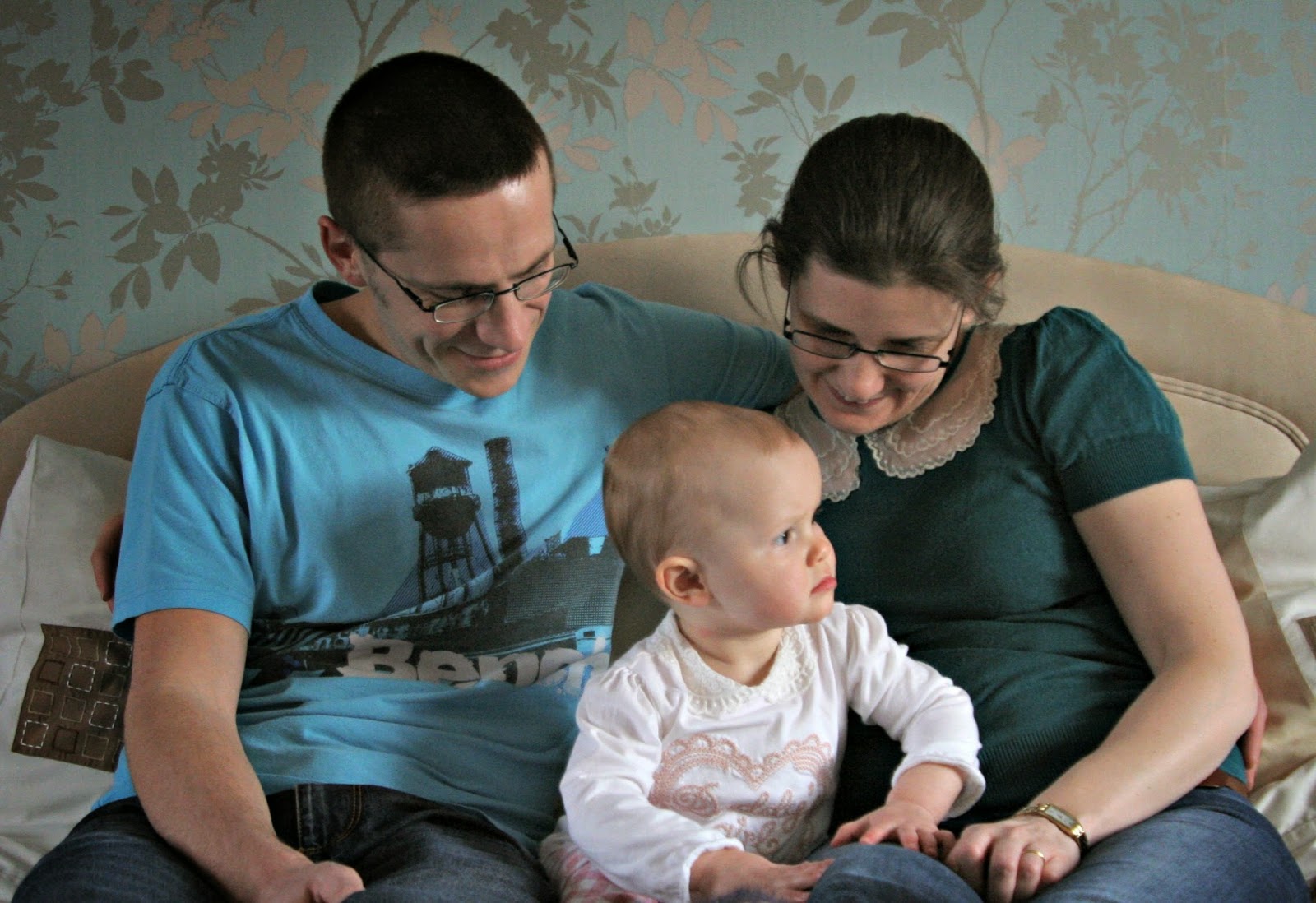 March has been a pretty good month – we’ve managed to spend time with family and friends, and Jim has had a few days off work which has meant we’ve enjoyed extra time together as our little family. 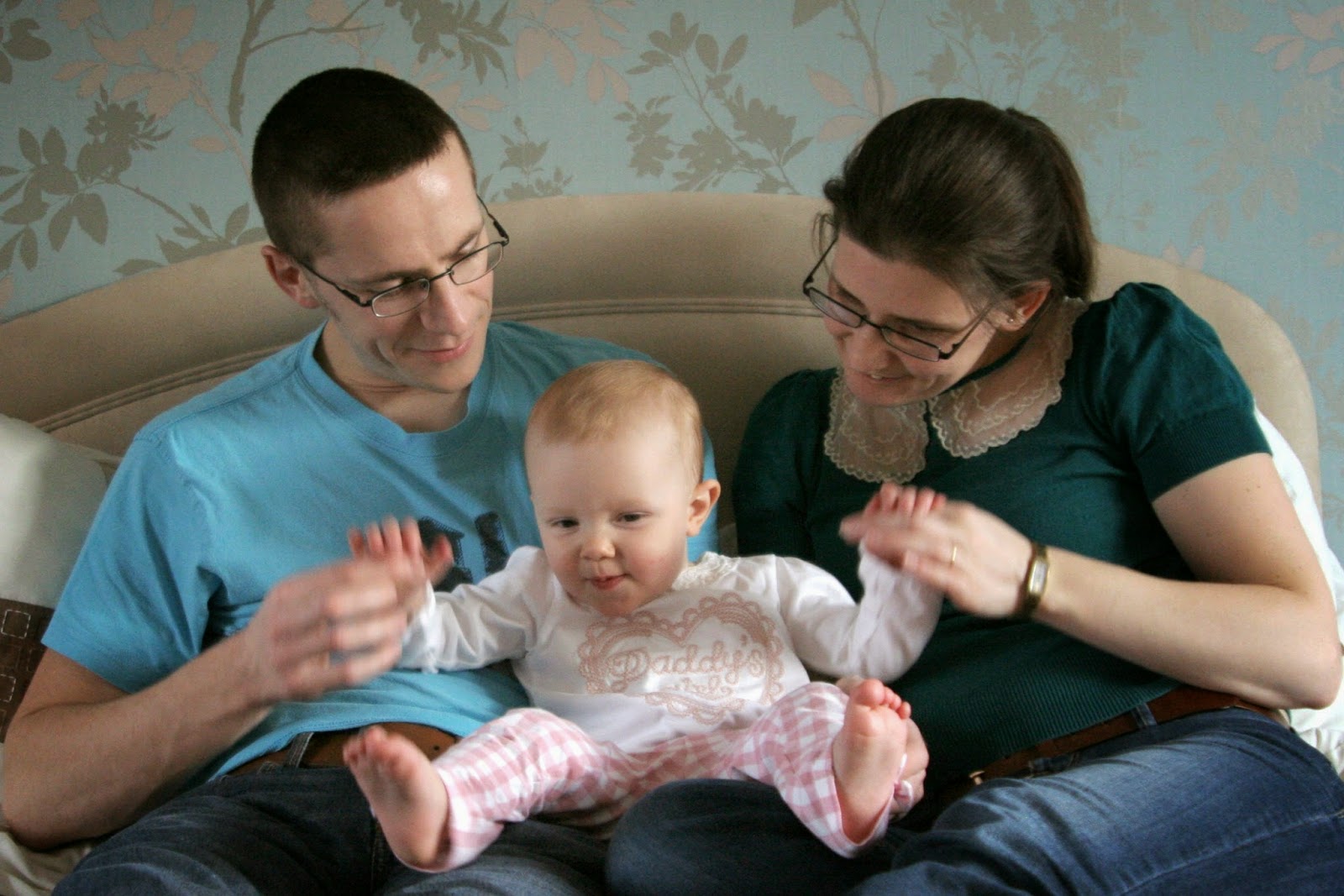 With spring upon us we have started thinking about our garden, and have begun making a few changes already, with a view to creating a cottage garden out the front. We’ve all been enjoying the lighter evenings as it means we can get outside after Rosalie awakes from her afternoon nap. 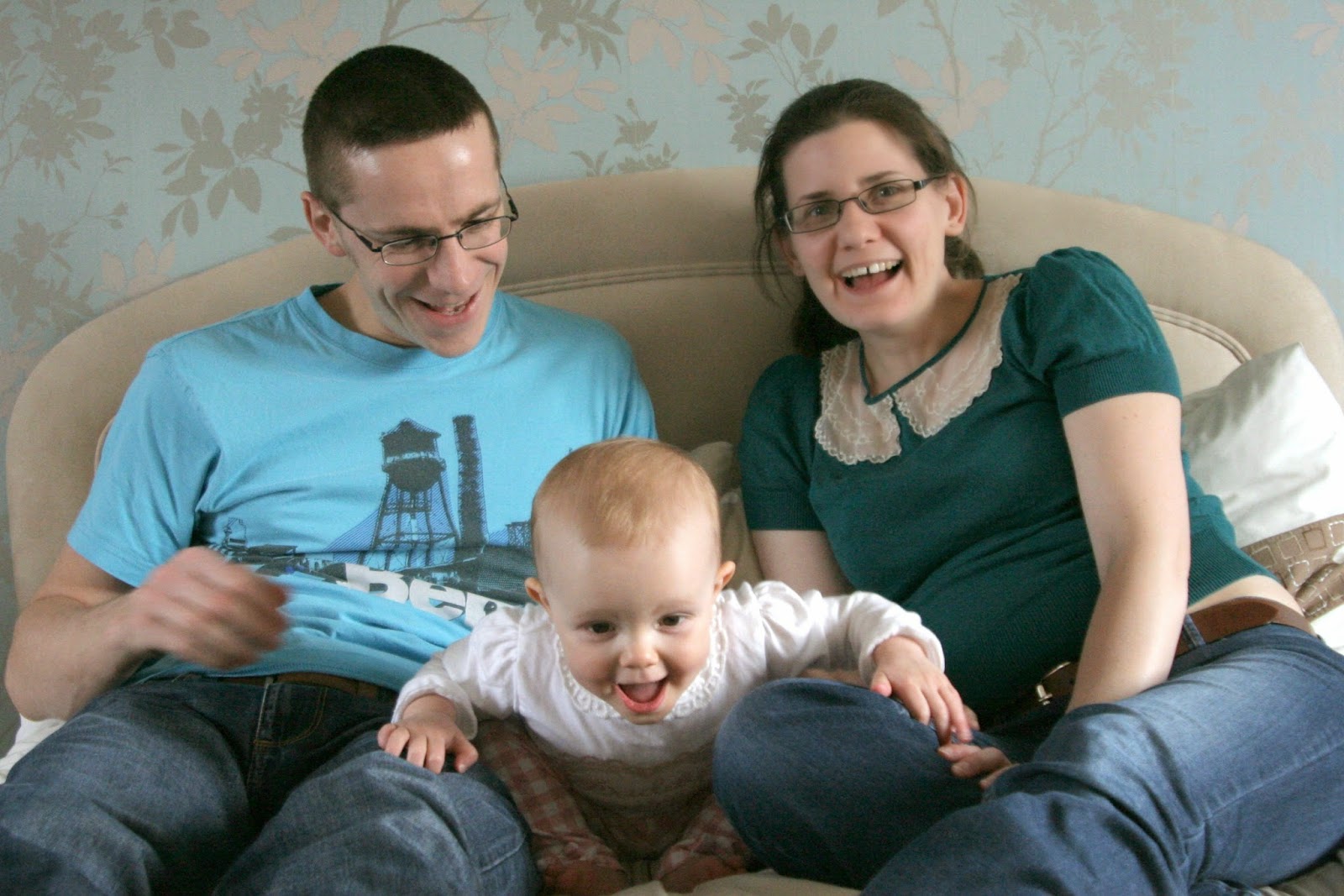 It’s been a great month for Rosalie too, as she has taken her first independent steps! She has started to show her independence in other ways too (that’s a nice way of saying she gets stroppy if I make her do something she doesn’t want to, like brush her teeth, change her nappy or get her dressed…). She’s also had a major teething session for the past few weeks but now has a grand total of 11 teeth. 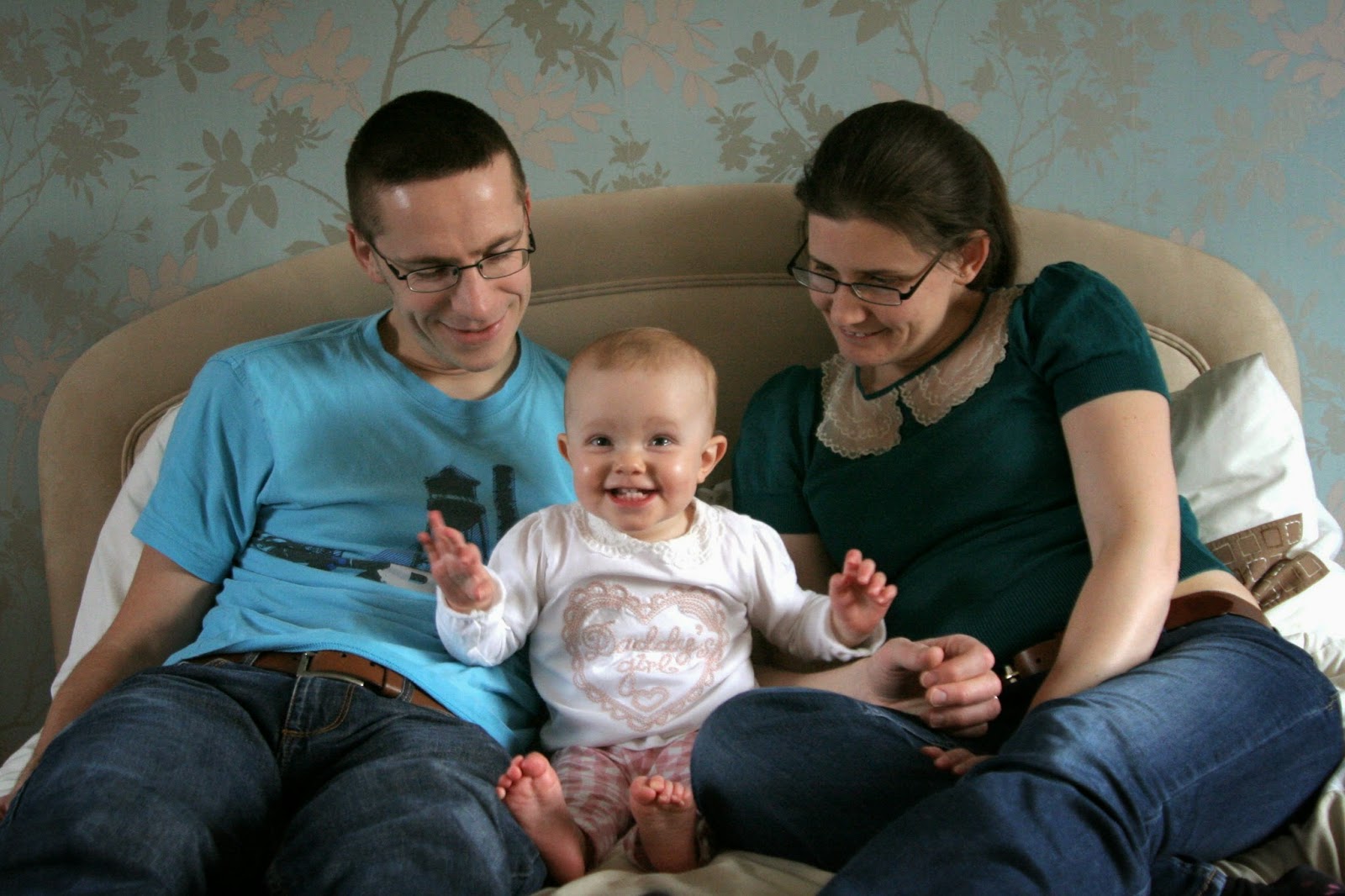 We were struggling to get Rosalie to look at the camera, so we balanced her favourite teddy on top and got her to wave, it seemed to work! 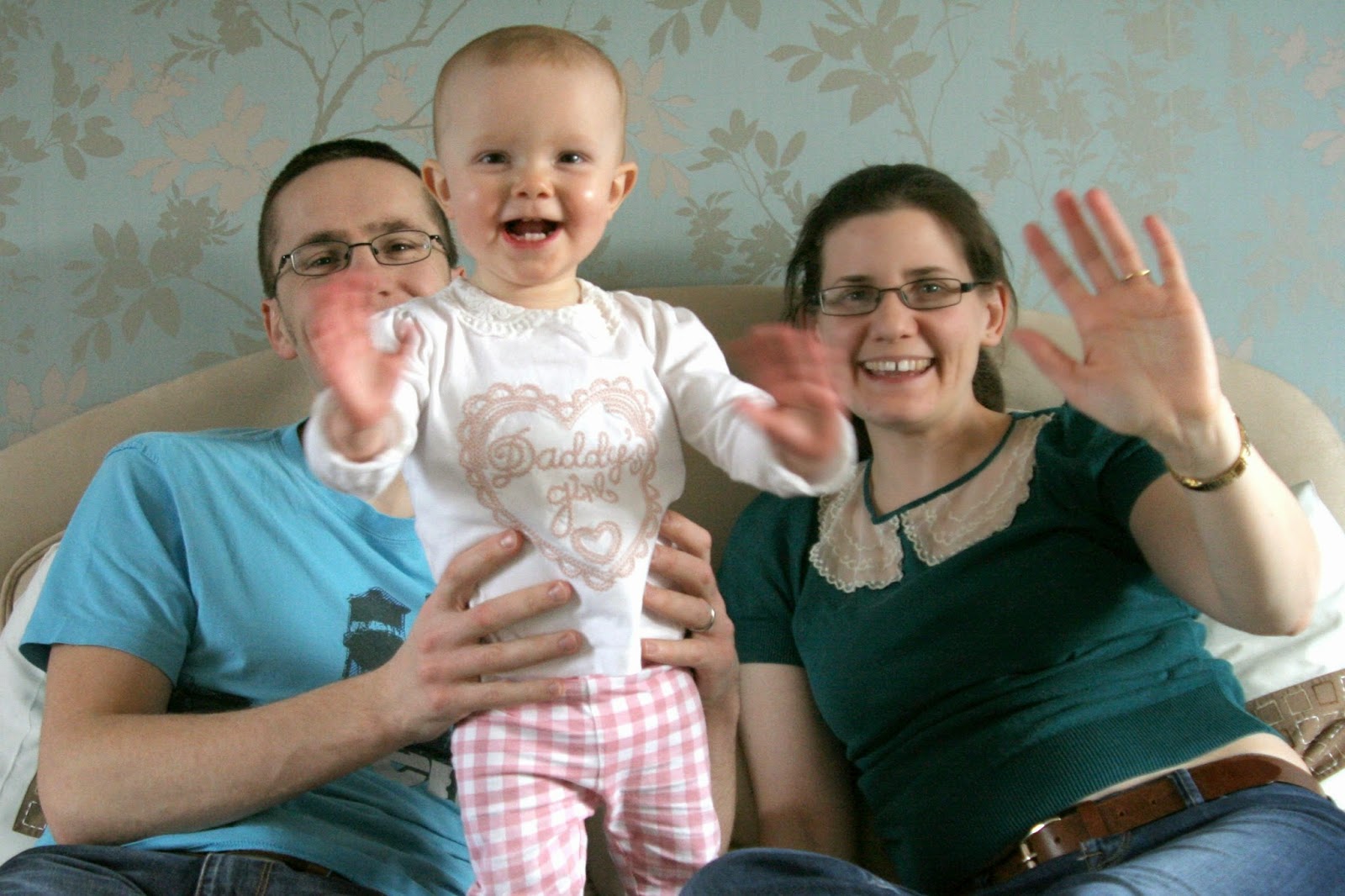 She gets so excited when she sees her favourite things, such as teddy, or cheese, and she flaps her arms like crazy! And she hasn’t quite nailed the one-fingered point yet. 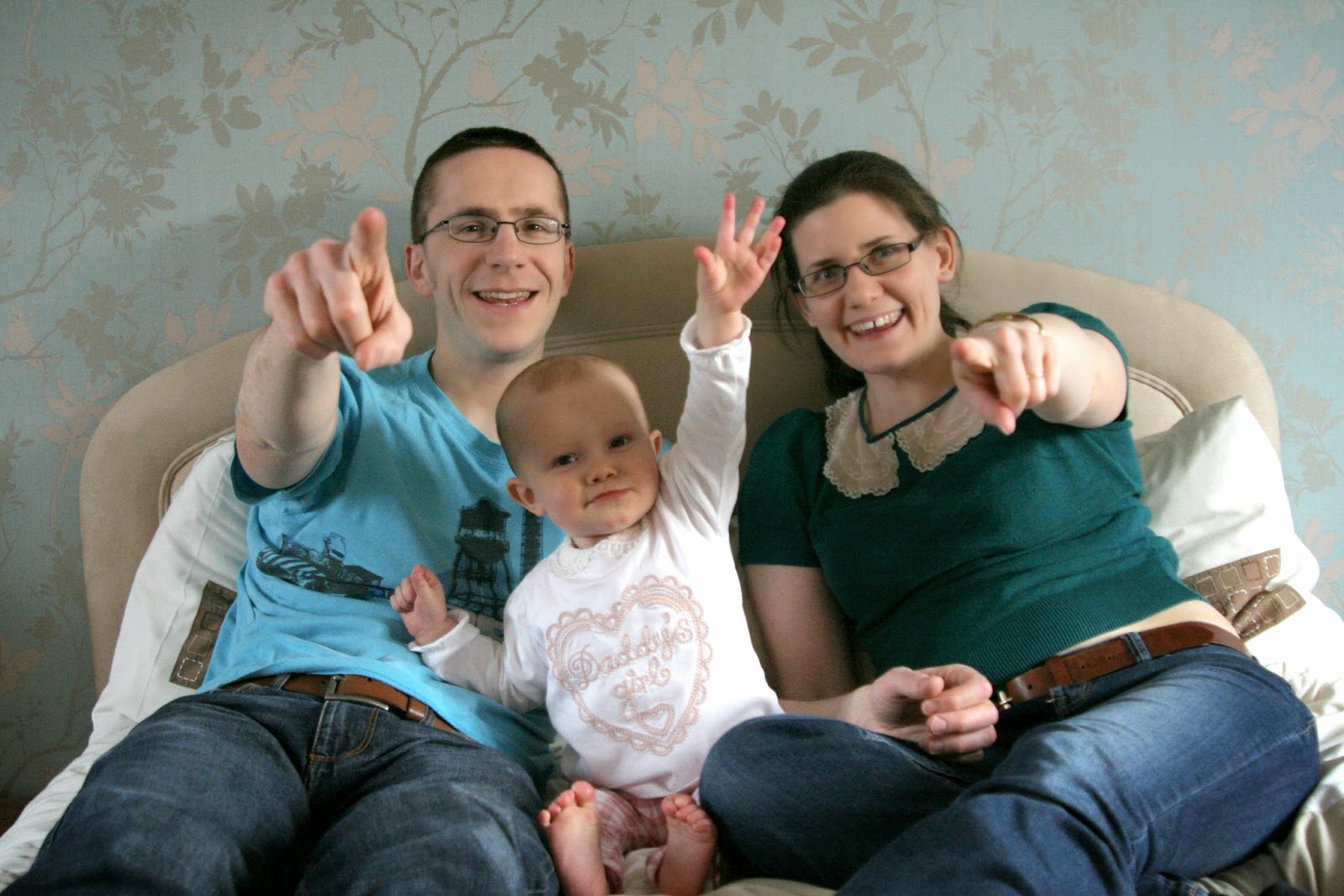 So there we have it, my little family in March. I wonder what fun April will bring? 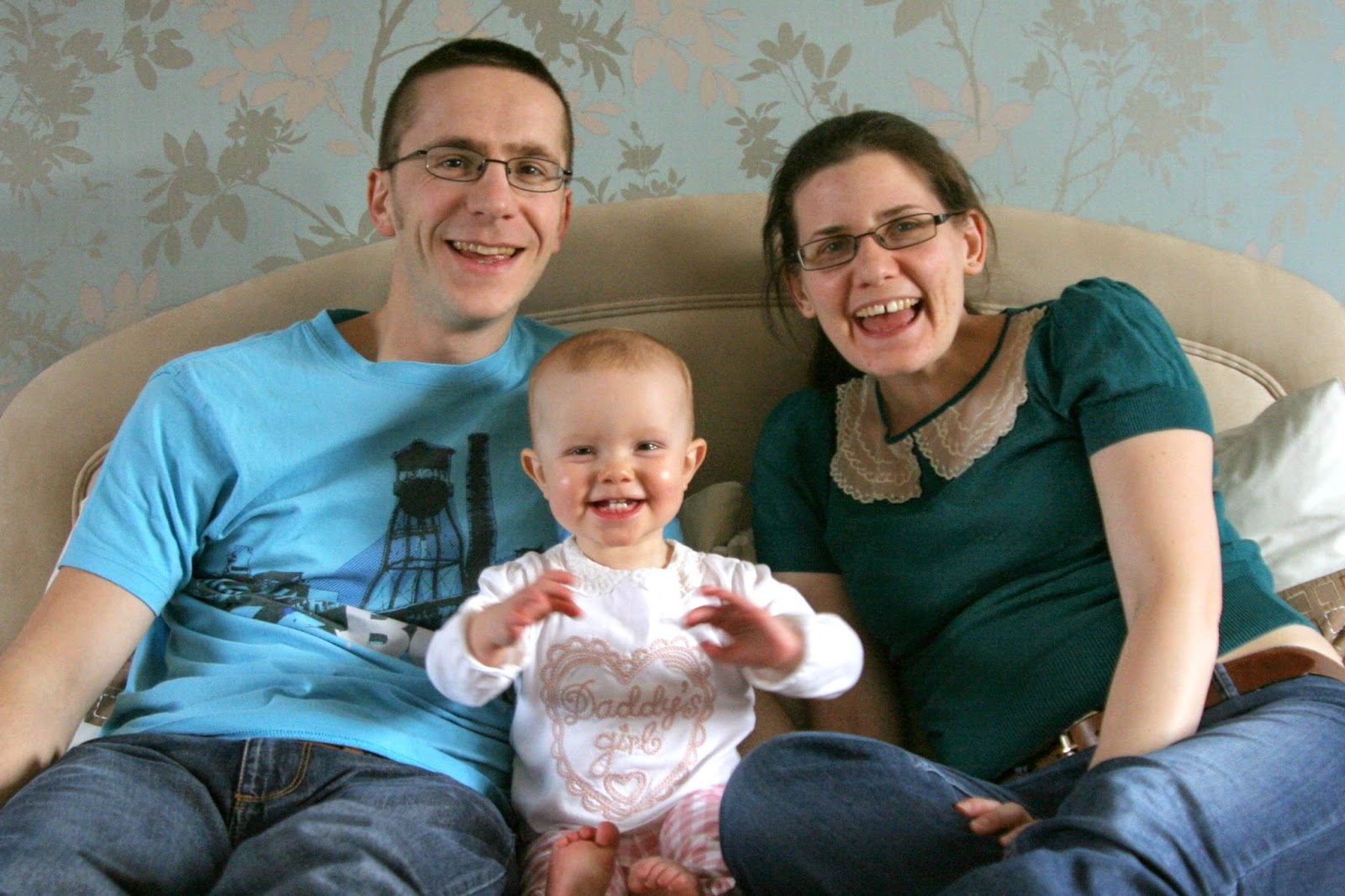