This week has been slightly overshadowed with coughs, colds and copious amounts of snot (how does such a small person produce so much?!). But we’ve still managed to get out and have some fun!

We had a fairly busy bank holiday weekend with quite a bit of travelling around. On Saturday we headed down to Poole to meet up with Jim’s sister. We had a cheap and cheerful lunch together in Wetherspoons and then headed for a stroll along the quay – we definitely blew the cobwebs away! We also had a potter around the museum and then found a cosy tea room.

On Monday we travelled in the opposite direction, up the country to Birmingham for my nephew’s first birthday party. It seems only five minutes since we were travelling up to see him as a newborn, I really don’t know where the time goes, I just wish it would slow down a bit. 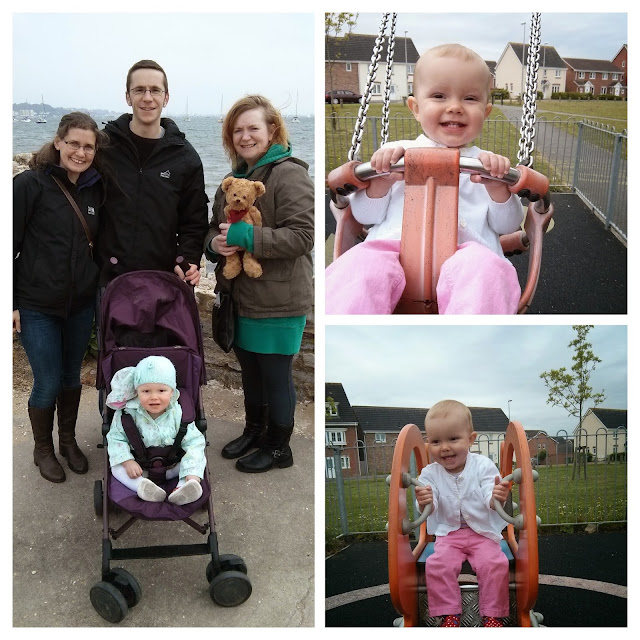 The weather hasn’t been too great this week, with lots of rain showers, but we have still managed to squeeze in some trips to the park and a walk to the library.

Last Sunday Jim and I, under Rosalie’s watchful eye, dug over our front patch, heavily pruned some existing shrubs and started planting up our new woodland-come-cottage front garden. It’s only a small space and I really wanted to create a cottage garden, but due to the fact our front garden faces north I have had to make some compromises making it now more of a woodland garden, but I’m sure it will still look pretty!

Rosalie has really taken to playing with her ball this week – instead of just rolling it now she will pick it up and try to throw it. I tried to show her kicking but balancing on one leg is a tad too advanced for her I think! 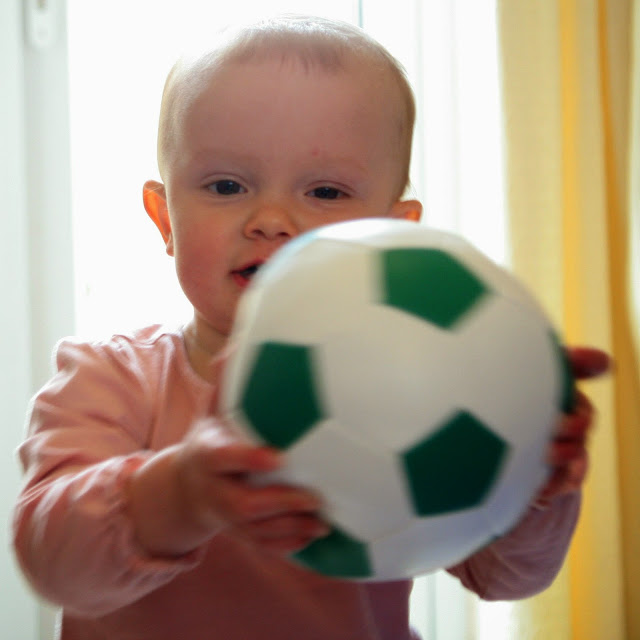 Seeing Rosalie at the park, walking around by herself, choosing what to go on and climbing onto the springy helicopter all by herself. She suddenly seems so grown up and I’m immensely proud of her.