I realise I am writing this more than a week after Halloween, and I did consider not posting it at all, but since I want to be able to look back over my blog and see the fun we got up to with Rosalie I thought, what the hell, better late than never. So here’s a little post all about our Halloween. 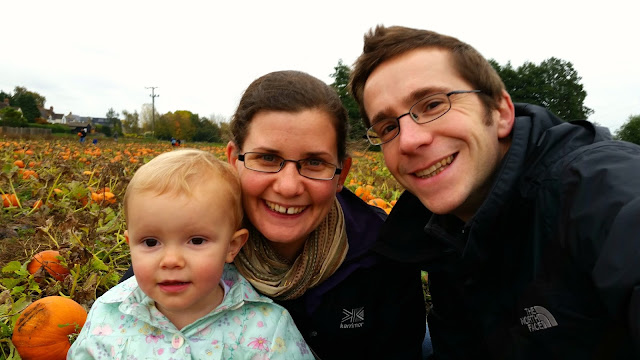 We thought it would be fun to take Rosalie to a pumpkin patch this year to choose herself a little pumpkin; the day we chose to go ended up being rather wet, but we still had a blast. It was tough going trudging through the pumpkin field, especially for little legs, but it wasn’t enough to stop this one from smiling! 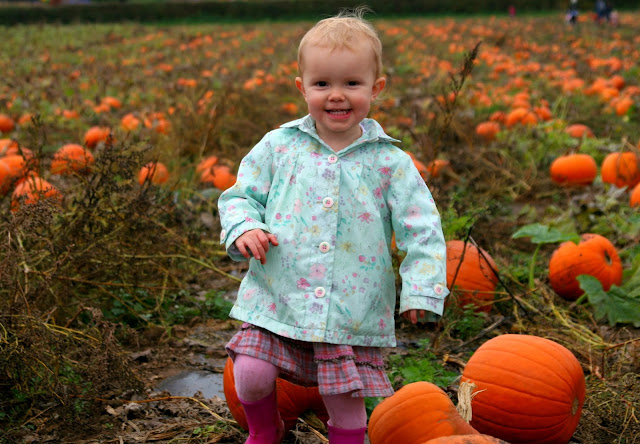 On the hunt for the perfect pumpkin, luckily Rosalie found one she both liked and could carry. 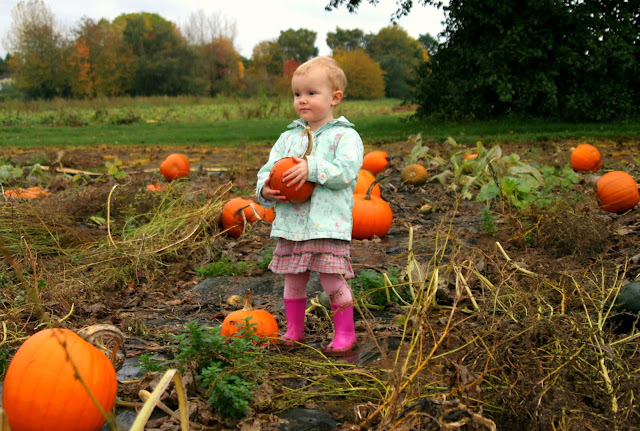 Not long after visiting the pumpkin patch Rosalie became unwell, she had a viral rash all over her face and body and was utterly miserable for about a week. I found it tricky to keep her amused during this time as she’s not a snuggly little girl, so she doesn’t take comfort in curling up with mummy. I had to come up with numerous activities to occupy her because she has a much reduced attention span when she’s ill.

Making these monster cookies seemed to really take her mind off being unwell; she was thrilled to be able to stamp the cookies out and watch them cook through the oven door, but her eyes really lit up when I started mixing the icing and getting out the sweety decorations. Rosalie’s monsters are way more imaginative than mine! 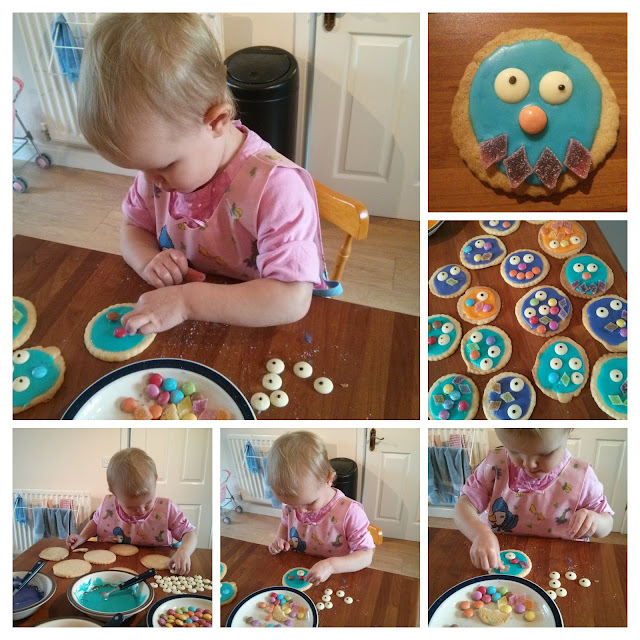 On Halloween itself we spent the afternoon carving our pumpkins and Rosalie was very good at scooping out the innards and separating out the seeds which we roasted. She was very pleased with her little lantern, and kept laughing at his funny face. Jim got LED tealights which worked pretty well and are much safer for a toddler than a flame. You can see how sick my pickle looks can’t you? 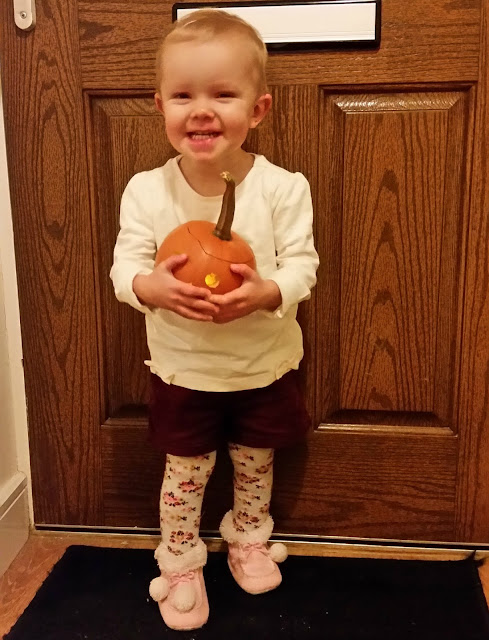 We usually get lots of trick or treaters around our way so I put up my Halloween bunting, we sat our pumpkins on the windowsill and got our bowl of candy ready then got into costume and waited…this year was no different, they came in their hordes! Rosalie was a black cat and I had a witches hat to show willing. She did get a lot of ‘aahs’. 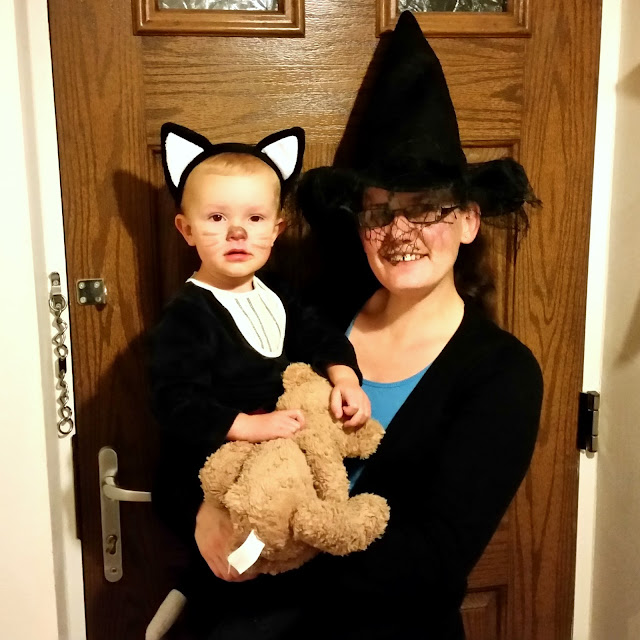 Although she liked being in her costume, she found the strangers in their scary costumes a bit intimidating and overwhelming! She did manage to say ‘Happy Halloween’ to most of our visitors and reluctantly offered the bowl of sweets. Not the most successful of evenings, but I don’t think she did too badly for a poorly and overtired 22 month old. There’s always next year.